Adding an Elderly Parent to a Checking Account: What Could Go Wrong? 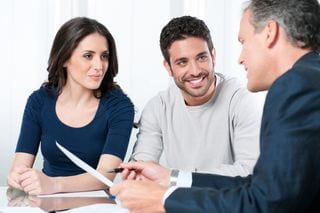 Many adult children add themselves to their parent’s checking account to help manage an aging parent’s finances. In this case, a child added his 79-year old father to his account to make a single transfer easier.

Doing paperwork at the bank may not enjoyable, but, adding an elderly parent to a checking account for a single large cash transfer – and then leaving him on the account as a co-owner, because the paperwork is onerous – presents a number of issues. A scam targeting the father is just one concern addressed in the article from nj.com, “Is having a joint bank account with my father going to cause any problems?”

The father is still a named joint holder of the account, so he can withdraw some or all of the funds in the checking account at any time. As a result, the transfer is neither a completed gift nor a payment from the father to the adult son, until the son withdraws funds.

If the elderly father predeceases the adult son, the checking account would be included in his taxable estate. There may be taxes due on the estate, depending on the size of the estate and the state in which he lives, since some states have their own estate taxes at much lower levels than the federal thresholds. In New Jersey, there is a procedure where a tax waiver would need to be obtained to release the funds to the son in this case.

If the adult son dies before his father, the checking account funds would automatically pass to the father by operation of law, and not pursuant to the terms of the son’s will, nor to his children or spouse.

In light of the fact that the father can withdraw the funds during his lifetime as a joint holder of the account, those funds in the checking account are subject to him being a victim to scams.

To safeguard these funds, the adult son should take the time to properly title the checking account. If the transfer of funds was a gift to the son in excess of $15,000, the father would also need to file a Form 709, U.S. Gift and Generation-Skipping Transfer Tax Return, even if no tax is due because the federal gift and estate tax exemption is at $11.4 million per person.

If the transfer was made by the father to qualify for Medicaid, it is important to understand that the Medicaid five-year look-back period and penalty could be an issue. The look back is from the time of the application. Any gifts or transfers made within this period, are subject to a penalty, that is equal to a period for which Medicaid benefits are denied. Since the transfer isn’t complete until the son removes his father’s name from the account, for purposes of Medicaid qualification, it would be best to remove the father’s name ASAP.

If the father has any debts or financial problems, the joint account could be subject to creditors.

This seemingly simple solution to one transaction actually creates a number of problems. It would have been better to speak with an estate planning attorney, who would have addressed how the transfer could have been made with tax planning and Medicaid in mind.

Reference: nj.com (September 25, 2019) “Is having a joint bank account with my father going to cause any problems?”