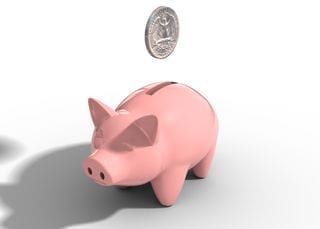 Legendary music icon Prince left a vault brimming with what may be thousands of unreleased songs. And since every concert was recorded, we may be watching and listening to Prince for years to come.

According to a recent report in Twin Cities Business, “Prince Estate Looks to Sell Vault of Unreleased Music for $35M,” a value has finally been approximated for the late artist’s vault of unreleased music. Billboard says that advisors Charles Koppelman and L. Londell McMilan are making preparations to sell. The number of songs is believed to be in the thousands, and the value of the vault may be as high as $35 million.

A source with knowledge of the situation said the “Big Three” record labels—Universal Music Group, Sony Music Entertainment and Warner Music Group—are all in talks to acquire the musical contents of Prince’s music vault. The magazine’s July feature, “A Princely Sum,” spoke of the difficulty involved with properly appraising so many hidden recordings.

There’s some guesswork involved in deciding the value of the estate, as it’s hard to know how much the estate can profit from his future royalty streams, the unreleased music, and Prince’s name and likeness.

Although an issue remains, what still isn’t clear is the extent of the vault’s contents.

According to Susan Rogers, a long-time recording engineer for Prince, when she left in 1989, there were already more than 2,000 recorded songs in the vault. In addition, Prince’s former tour manager Alan Leeds commented that Prince also recorded every concert he ever played. This means there are potentially hundreds, if not thousands, of live show recordings that could be produced and put on the market.

As part of a 2014 deal that Prince made with Warner Bros., at least one Prince recording will be released in the near future: a deluxe edition of Purple Rain. Billboard’s source said that the deluxe edition and a new greatest hits collection will drop in a matter of months.