Comedian Lewis Isn’t the Only One Disinheriting His Kids 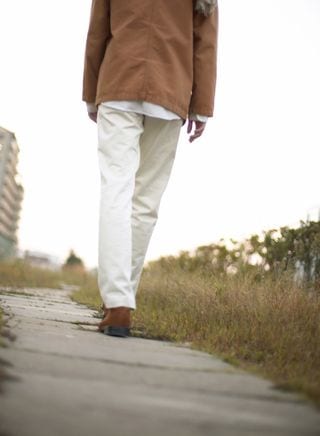 Maybe it’s a trend—a number of high profile people have chosen not to leave their kids an inheritance. For legendary comedian Jerry Lewis, six kids from his first marriage won’t see a dime.

Because his estate used a will, which became a public document, we know that Jerry Lewis very deliberately excluded all of the children from his first marriage to Patti Palmer, from inheriting anything from his estate.

People Magazine’s recent article, “Jerry Lewis and 10 Other Celebrities Who Left (Or Plan to Leave) Their Kids Nothing,” explains that Lewis’s potentially vast estate will be passed to his widow, SanDee Pitnick, and the second in line to inherit his fortune, if something happens to his wife, is his 25-year-old daughter Danielle. The rest of Lewis’s seven kids will join the club of other famous children not getting a dime from their famous parents:

Mickey Rooney had a strained relationship with his wife and children for some time before his death in 2014, at the age of 93. There was infighting within the family right after his death, with his children bringing a lawsuit asking that his will be invalidated, claiming the legendary actor faced “undue influence” when he signed it just before his death. Seven of his eight surviving children weren’t named as beneficiaries to his estate, which was valued at just $18,000, a small sum for one of Hollywood’s most iconic stars. The estate would be potentially worth more in the future because of licensing rights and memorabilia (including an Oscar). However, his fortune had been diminished from years of mismanagement. The beneficiary was Mark Aber, Rooney’s stepson and caretaker in his final days. The other children claimed that Aber and the estate’s executor, attorney Michael Augustine, Rooney’s court-appointed conservator in the last years of the actor’s life, took “advantage” of him.

In another lawsuit, Rooney’s estranged wife Jan also contested probate of the actor’s will, claiming it “blatantly misquotes the terms of the settlement agreements [previously] reached between Janice Rooney and Mickey Rooney.” In fact, the battles were so intense that Rooney’s body had to be refrigerated for two weeks after his death, while his family fought in court over burial arrangements. By 2015, the last of Rooney’s children had dropped her objections, and his final will and testament stood as written.

In another case, one year after his death, The Tony Curtis Estate held an auction to sell off memorabilia and other items he owned. The estate raised more than $1 million during the online auction—all of which went to his widow and fifth wife, Jill Curtis. A portion went to the couple’s charity, according to Forbes. But Curtis’s five children, including actress Jamie Lee Curtis, received nothing from the sale. Forbes reported that Curtis had rewritten his Will and Trust just a few months before his death to exclude all his children. Like Lewis, Curtis reportedly listed all children by name, stating that he wished to intentionally disinherit them. No reason was given in the will.

Jackie Chan. No, he’s still alive and well.  However, he has publicly stated that he will disinherit his only son, Jaycee, after his death. Chan told the media in 2011 that half of his then-$130-million fortune would go to charity—and the other half would not be going to his kid.

Like Chan, Sting said that his children wouldn’t be getting an inheritance. He told England’s Mail on Sunday newspaper in 2014 that he wasn’t planning on leaving any trust funds for his kids. “I told them there won’t be much money left because we are spending it,” he reportedly said.

After selling the Star Wars franchise to Disney for $4.5 billion in 2012, George Lucas, a father of four, said the proceeds from the sale would be donated to charities to improve education. TV talent judge Simon Cowell, the father of a three-year-old son, said he doesn’t believe in passing on wealth from one generation to another, according to Time. Instead, he said he plans to leave his estimated $500 million fortune to charity, something benefiting “kids and dogs.” Ted Turner, estimated to be worth $2.2 billion, set up the Turner Foundation to provide grants for environmental causes. It’s set up as a family foundation so his children can be involved in charitable work. Canadian businessman and investor, Kevin O’Leary, also a judge on the ABC series Shark Tank, said in an interview that he won’t pass any wealth to his kids.

Warren Buffett, the genius behind Berkshire Hathaway, said that he is “not an enthusiast for dynastic wealth,” and pledged to give away 99% of his fortune to charity. He has been instrumental in encouraging other billionaires to do the same through “The Giving Pledge,” asking other billionaires to give away at least half of their wealth. He inspired Bill Gates, founder of Microsoft, who plans to leave most of his fortune to charities, including The Bill & Melinda Gates Foundation.

You don’t have to be a celebrity or a billionaire to disinherit your children.  However, if you plan to do so, it would be best to work with an estate planning attorney to minimize the likelihood of any legal challenges to your intentions.

Reference: People (September 22, 2017) “Jerry Lewis and 10 Other Celebrities Who Left (Or Plan to Leave) Their Kids Nothing”

Posted in Estate Planning, Inheritance, Wills
We Continue To Serve Our Clients!