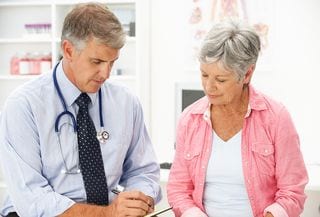 McKnight’s Senior Living reports in a recent article, “New state laws emphasize dementia training, background check database access” that Connecticut Senate Bill 827 adds dementia training to the continuing education requirement for physicians and nurses in the state. This legislation is designed to provide physicians and nurses with the resources to recognize the signs and symptoms of Alzheimer’s disease and other dementias in Connecticut residents, who are in their care.

Effective January 1, nurses renewing their licenses are required to take two contact hours of training or education about diagnosing and treating cognitive or mental health conditions such as Alzheimer’s disease, dementia, delirium, related cognitive impairments and geriatric depression. And physicians who are applying to renew their licenses may count toward their training requirements two hours of continuing medical education in these areas.

“With no cure for Alzheimer’s, it is imperative that we detect the signs of this disease earlier, enabling us to improve the quality of life of those with this disease,” said state Sen. James Maroney (D), who co-chairs the state Aging Committee. “This legislation makes great progress towards ensuring just that,” he added, noting that the state has the seventh oldest population in the U.S.

The new law also authorizes an update of the Connecticut Alzheimer’s Plan to build dementia-capable programs for the 78,000 people living with the disease in the state. Under the law, the executive director of the state Commission on Women, Children, and Seniors is to create a working group to find any issues in the implementation of a task force’s recommendations and to make recommendations on best practices for Alzheimer’s Disease and dementia care.

Connecticut’s governor also signed into law Senate Bill 832. This legislation mandates that the state Commission on Women, Children, and Seniors provide a portal on its website with links to publicly available databases and the professional licensure verification database maintained by the state Department of Public Health (which is used for background checks of those who work with the elderly).

“Elder abuse and criminal action against those with disabilities are unacceptable, and the public should be aware of who those perpetrators are in order to protect their family and friends from future acts of crime against our most vulnerable populations,” commented state Senator Tony Hwang.

The new law also broadens the Department of Public Health’s long-term care background check program. It will now include those who’ve been convicted of certain crimes against older adults.  The law also adds certain crimes to the list of those that would make an individual ineligible for work at a long-term care facility.