Inherit an IRA? Deadlines and Options You’ll Need to Know 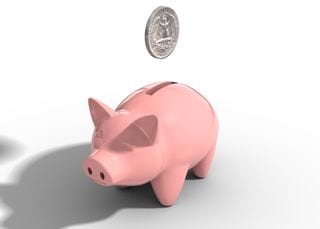 From Halloween to the Day of the Dead, the end of October and start of November are a time that many cultures remember and celebrate their ancestors. Instead of being about loss, they are about joy and life.

The last thing anyone wants to think about when they are coping with the loss of a loved one is the complex and potentially disastrous tax situation that an inherited IRA presents. A recent article from U.S. News & World Report, “What Day of the Dead Can Teach Us About Inherited IRAs,” says that we should think differently about the recently departed, embrace the spirit of the Day of the Dead, and proceed with caution when dealing with an inherited IRA.

Relationships are key. Day of the Dead honors those who’ve passed away, and with an inherited IRA, your relationship to the deceased is critical. If you’re the spouse, you have flexibility in what you can do with the funds. Spousal beneficiaries can take ownership of inherited IRA assets and treat them as their own.  However, non-spousal beneficiaries don’t have this choice—they’re required to retain inherited IRA assets in a separate account, where they can’t make contributions and must take required minimum distributions (RMDs) each year, based on the inherited IRA owner’s life expectancy. Both pre-tax and inherited Roth IRAs have RMDs. You can withdraw as much as you like from an inherited IRA in any given year without penalty. However, you’ll pay ordinary income taxes on withdrawals from pre-tax inherited IRAs. You have until December 31 of the year following the original owner’s death to begin taking RMDs.  However, there’s one exception: If the original owner was 70½ or older and didn’t take his RMD the year he died, an RMD must also be taken out by December 31 of the year of death.

A penalty-free loophole for spouses. Inherited IRA rules work in a spouse’s favor. IRS rules say you can’t access your own IRA assets, until you turn 59½ without incurring a 10% penalty. If you inherit an IRA from your spouse when you’re 55, you can put it in an inherited IRA, instead of combining it with your own. That way, you’ll be able to access the money in the inherited IRA without paying any penalty. If you decide you don’t need the funds from the inherited IRA, you can roll it into your own IRA to pause the RMDs until you reach 70½.

Watch your calendar. As you mark Day of the Dead on your calendar, there are two important dates to remember after inheriting an IRA. One is December 31. That’s the date by which RMDs must be taken. The other is September 30 of the year after death. IRS rules state that joint beneficiaries have until September 30 of the year after death to separate inherited IRA assets. If you fail to divide the inherited IRA by then, the RMDs default to the life expectancy of the oldest beneficiary. Splitting the IRA is even more critical, if your joint beneficiary is a trust or a charity. Non-human entities aren’t considered designated beneficiaries and have no life expectancy, so the inheritance defaults to the five-year rule.

The five-year rule says that beneficiaries must withdraw all assets from an inherited IRA by December 31 of the fifth year after the original owner’s death. This accelerated withdrawal rate will eliminate the after-tax amount you receive, so you should do whatever you can to avoid it.

Take some time. If you take a lump sum out of an IRA, you will see a large tax bill and lose the benefit of tax-deferred growth. There are no taxes with inherited Roth IRAs, but you do lose the tax-free growth. If you don’t need the funds, leave as much of the money in the inherited IRA as you can. Or, in the case of spouses, roll it over into your own IRA to keep from incurring RMDs.

Tidy up. Day of the Dead celebrations include cleaning the deceased’s gravesites, sort of a big graveyard picnic with weed-pulling, songs, and food. You may feel that you need to hold onto your relative’s investments in honor of their memory, but there are better ways to remember a loved one—especially if those investments aren’t a good fit for your financial goals.

Plan. Day of the Dead is a celebration of the lives of the deceased, but it’s also a reminder that death is an inevitable and natural part of life.