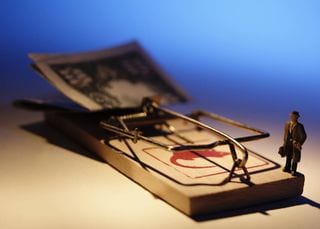 A consumer protection lawsuit has been filed against a company that proves the adage “there’s no such thing as a free lunch.”

One couple attended one of CLA's seminars five years ago on how to make a trust. They offered a free dinner, and once the couple had paid to set up an estate trust, a salesman (Mitchell Johnson) set up an in-home appointment.

However, at the visit, rather than discussing her trust, Johnson convinced her that she'd make more money for her retirement by transferring the retirement savings she'd invested with her financial advisor into annuities. Those insurance investments come with penalties for withdrawing money, along with high fees. These were two points that were never explained.

Ferguson remarked that in Johnson's role as one of CLA's top insurance sales agents, he earned more than $278,000 in commissions from sales to consumers in Washington State.

State records show that Johnson has hearings pending with two other state agencies, the Office of the Insurance Commissioner and the state Department of Financial Institutions, dealing with alleged violations of state insurance and securities laws.

CLA issued a statement saying that it is fully cooperating with the AG and “…is not a trust mill, does not provide legal advice, and does not sell living trusts, but rather provides valuable services to clients.”