Learning How to Spend After a Lifetime of Saving 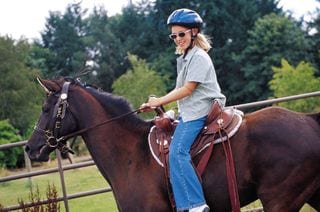 Now that you are retired, you are probably concerned about not spending too much, but a surprising trend shows that many retirees are still busy saving.

Recent studies show that not only are many retirees not tapping their nest eggs during retirement but that they are also saving a fair amount of their income. This is counter to what typically occurs during retirement—when the “decumulation” phase of life begins and retirees spend down their assets.

Kiplinger’s new article, “Shifting Gears from Saving to Spending in Retirement,” explains that it’s not just the wealthiest retirees who fall into this category. Retired households with at least $100,000 in financial assets save 31% of their income, on average, according to a recent study. A third of Americans age 65 and older took no retirement income from their nest eggs during the past five years, according to a 2015 study.

Saving money is good, but if you’re cutting out basic comforts because you think you’ll live to 108 and have huge medical expenses or because you worry that you won’t be able to leave an inheritance for your children, you might want to reconsider the severity of those risks and how you’re managing them.

On the other hand, if you’re on a cruise every other month and touring in a new Lamborghini but still spending less than your income, that’s a different issue. You should think about minimizing your tax liability as you continue to accumulate wealth throughout retirement. Also, keep reinvesting any extra income according to your goals, donate to charity or give away assets to family members.

Saving is becoming a bigger part of retirees’ financial plans, especially with defined-benefit pension plans going away. Retirees now must depend more on nonguaranteed sources of income—like 401(k)s and IRAs—to cover expenses. As a result of the greater uncertainty involved with generating income from stocks and bonds, retirees who draw their income largely from investment accounts tend to save more than those relying on guaranteed-income sources.

Many retirees say that saving is hardwired, but if you’re stuffing money under the mattress, think about how much retirement is really costing you and whether you’re saving up for future expenses that may never happen.

While many retirement-planning tools say that your spending will increase by the rate of inflation each year of retirement, recent research contends that this may overestimate retirement costs. In inflation-adjusted terms, spending actually decreases 1% annually in retirement. Major expenses, like a mortgage or the children’s college tuition, may go away in retirement. Also, you might spend less on big vacations and other active pursuits as you get older. So, the amount you must withdraw from your portfolio to cover expenses might significantly decrease during retirement.

Is it possible that you overestimated your spending needs during retirement? Consider that it is unlikely that you will live to 110. Even if you do live to 110, you probably won’t be booking cruises and expensive vacations at that time. Take an objective look at your overall health, family history and current lifestyle to help you gain a realistic picture of your life expectancy. That may help guide spending decisions.

Remember that retirement is to be enjoyed. While thrifty habits are good, you also deserve to enjoy this stage of your life.