What States Will Be Home for Veterans in the Near Future? 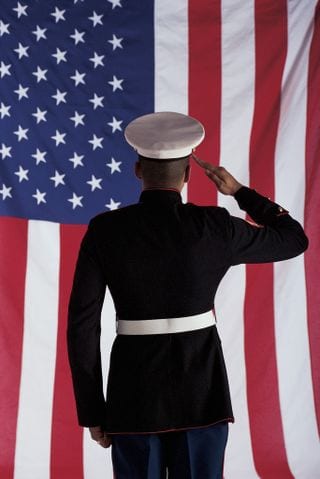 A national discussion about allocating resources for veterans’ services prompted the creation of a new graphic to help lawmakers understand where veterans from recent wars will likely reside.

Where will the veterans who survived the Gulf War, Post-Gulf, Post-9/11 and Vietnam wars live until 2045?

Rebecca Burgess, an expert on veterans with the American Enterprise Institute, spoke at a national conference earlier this year about how geography and demographics impact perceptions from the public and politicians about veterans. However, getting data was difficult.

"In fact, the more one tries to piece together a clear picture of veteran demographics, the less coherent the data seem to be," Burgess wrote in her study. "States, counties, and the federal government seem to arrive at different outcomes in terms of veteran numbers, even using the same projection model, VetPop 2016."

Military.com’s recent article, “These States Will Be the Most Popular for Veterans in the Next 25 Years,” explains that VetPop 2016, or "Veterans Population Projection Model 2016," is data from the VA that’s used by the agency and other groups, such as Congress, for policy planning and budgeting.

Burgess said she examined the VA's data and compared it to other sources, like the Census Bureau's American Community Survey. She found that the actuarial projections didn’t always agree. Burgess said that the VA's core data about veterans is nearly 20 years old and the Census Bureau stopped collecting veteran status data with the 2010 Census. However, she says, visualizing where vets will be over the next three decades will offer at least two benefits: providing the best idea of where VA resources will be most needed in the future and which congressional districts might see veteran policies soon become an electoral issue.

The VA has estimated that the overall veteran population will drop about 40% in 25 years. Burgess's research shows geographic population shifts, grouped by states and counties from 2015 to 2045.

Unlike the general shifts in the veteran population, with most veterans in the South and West, high numbers of Vietnam-era vets remain in the Northeast and Midwest—especially compared to the West. Already with the Gulf War and post–Gulf War veterans, the data shows higher numbers in the Southeast, but a good number (in the 240,000–300,000 range) who reside in Arizona, Colorado, Illinois, New York, Ohio, Pennsylvania, South Carolina, and Tennessee. Post-9/11 vets are moving to Texas, but also going to Georgia, North Carolina, Virginia and Washington State.

Burgess wants to see better data gathering, from the Census Bureau, as well as the VA. She said that Congress should require all future Censuses to include questions about veterans, and the VA should develop an updated veteran population projection model, whether or not the Census starts collecting data.

Reference: Military.com (November 26, 2019) “These States Will Be the Most Popular for Veterans in the Next 25 Years”