Alternatives to Consider When Hearing Loss Becomes a Problem 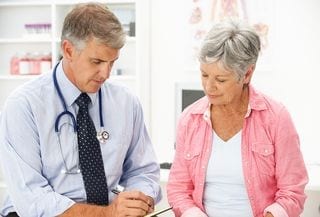 Today’s technology has led to the creation of over-the-counter devices that are more affordable than hearing aids, which are often not covered by Medicare.

One of the least acceptable signs of aging for Baby Boomers is to need to wear a hearing aid. The problem, according to a recent article in Kiplinger’s, “Medicare Doesn't Cover Hearing Aids but Retirees Have Options,” is that hearing loss is such a gradual process that people don’t realize that it is even happening. They usually think it’s that other people are mumbling!

As people age, they often don't recognize hearing decline or seek treatment for it. It takes an average of seven to 10 years from the time someone recognizes he or she has a hearing loss until they are open to getting help.  Roughly 80% of adults who could use a hearing aid don't get one, according to a report by the National Academies of Sciences, Engineering and Medicine.

Baby boomers can be reticent to take even the first step of getting a hearing test. They hate the idea of having to wear a big ugly plastic thing behind their ears, like their grandparents did. Hearing aids can also be expensive, as much as $3,000 per ear, and they aren't covered by Medicare or by other insurance plans.

It was welcome news for people with hearing loss, when Congress last August authorized the FDA to create a new class of hearing devices, which will be available over the counter—with a cost far less than what you pay for a device from the audiologist's office. The over-the-counter hearing aids are for adults with mild to moderate hearing loss and will be FDA-regulated. Certain hearing aids and other hearing wearable devices will soon be available in pharmacies and electronics retailers.

This can be confusing because some over-the-counter alternatives, sometimes called personal sound amplification products, are available now in stores. The quality and prices for the devices vary widely—some disposables sell for $20 to $30 per pair, while high-tech sound amplifiers cost several hundred dollars. However, these devices aren't considered medical devices or regulated by the FDA. Therefore, they can't be marketed as hearing aids or as a product to improve hearing loss, even with the new law.

The FDA has up to three years to write regulations and set safety and labeling rules for the authorized OTC devices. When the regulations are in place, expect lower prices for FDA-approved aids and more choices.

But don't wait to address your hearing health. Get tested. Here are some signs of when to consider having your hearing tested, according to the FDA: