Another Medicare Increase Likely for Higher Income Retirees in 2018 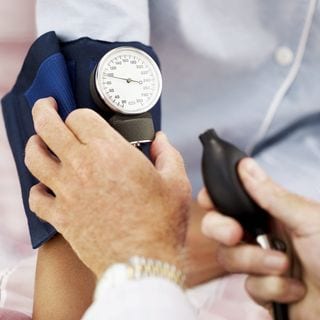 High income retirees, get ready to dig deeper into your pockets in 2018 as Medicare income thresholds drop.

More beneficiaries will get stuck with higher premiums, as Medicare lowers income thresholds for the highest surcharge tiers next year. This is bad news for those who already took a hit with premium surcharges for Medicare Part B and Part D. What’s behind this change?

Kiplinger’s recent article, “Medicare Surcharge Thresholds to Drop,” reports that resetting the trigger points was part of the Medicare Access and CHIP Reauthorization Act of 2015 (called the "Doc Fix" Law). The legislation ended the yearly battles over fee schedules for doctors' Medicare payments. High-income beneficiaries were tapped to be on the hook to help pay for the permanent fix.

Next year there’ll still be four surcharge tiers, and no surcharge for beneficiaries whose modified adjusted gross income (AGI plus tax-exempt interest) is less than $85,000 for single filers or $170,000 for married taxpayers filing jointly.

However, the tops of the other tiers are narrowed to create an upward push for beneficiaries: some income levels that have been in Tier Two will then be jumped up to Tier Three. Some beneficiaries previously in Tier Three, will be bumped up to the most expensive level, Tier Four.

Your 2016 tax returns are used to determine 2018 Medicare premiums, so those returns have already been filed and you could be stuck with higher premiums, unless you qualify for a waiver because of a life-changing event (e.g., retirement or death of a spouse).

If, however, your income is likely to be at similar levels this year, you still have time to try to decrease your MAGI for 2017 with the thought of controlling your 2019 Medicare premiums. If you might move up a tier threshold, see if you can tap sources of income that are exempt from MAGI, like Roth account distributions, health savings account distributions, loans from cash-value life insurance, a portion of nonqualified immediate annuity payouts and reverse mortgage proceeds.

You could also consider making a direct charitable contribution from your IRA, if you are required, as most are, to take RMDs (retired minimum distributions) from your retirement accounts. A direct charitable contribution from an IRA does not count toward your MAGI. The charity that you would probably be giving a donation to regardless, will be grateful.