Are You Financially Ready to Live Past 90? 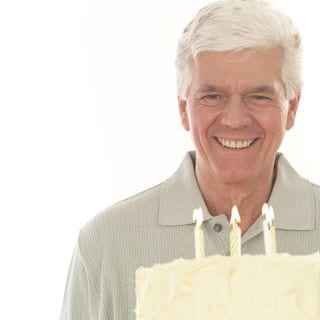 In the past, wealth advisors had client assets move to a conservative position, once they retired.  Retirement could now last several decades, and investment planning has shifted as well.

Longer lifespans mean that financial planning has had to change. As recently as one generation ago, advisors considered retired people in their 60s and 70s close to death’s door, but today many people are working well into their late sixties, even early 70s.

Baron’s recent article, “Planning Ahead for Longer Lifespans,” says that people are just living longer, well into their 80s and 90s. But there’s a problem: people, even wealthy ones, aren’t preparing to live longer.

Once people reach their late 50s or early 60s, they’re likely to live into their mid-80s or beyond.

That’s a long period of time, but it’s manageable, if it is planned for.

One of the biggest fears many people have is cognitive decline. Therefore, they need to put a plan in place for managing the family’s investments or the family business, should the head of a family suffer from dementia.

Dementia is a general term for a decline in mental ability severe enough to interfere with daily life. Memory loss is one example. Alzheimer's is the most common type of dementia.

Those with dementia may have issues with short-term memory, keeping track of a purse or wallet, paying bills, planning and preparing meals, remembering appointments, or traveling out of their neighborhoods.

The Alzheimer’s Association reports that one in three seniors dies with Alzheimer’s, or another form of dementia. That means it’s a very real scenario for many families.

Planning for cognitive decline is a smart strategy, since “competence” is still a fuzzy definition at best, even among doctors. Attorneys are already seeing a rise in litigation around this issue, and some expect questions concerning competence to be a defining issue of the future. When your family discusses estate planning and aging, include cognitive decline planning as an important topic.