Can You Keep a Family Together after You’re Gone? 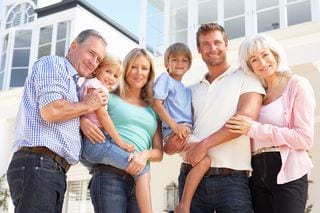 Rocker Bennington’s will includes his wish that his children maintain a sense of family, but bickering between mothers has undermined even the best of intentions.

With six children from three different relationships, Linkin Park’s frontman Chester Benning wanted his kids to grow up knowing each other. That includes Jaime, 21 and Isaiah, 19, with Elka Brand; Draven, 15, with his first wife Samantha and son Tyler, 11 and twins Lilly and Lila, six, with his widow Talinda. We know his wishes because, as reported by Wealth Advisor in the article “Linkin Park Singer Left Cash For Kids To Visit Each Other,” Bennington’s will was filed in a probate court in Los Angeles County. Several news organizations obtained the will.

Bennington was found on July 20 in his Palos Verdes Estates, California home—one week before his rock group Linkin Park was planned to begin a 29-date North American tour. The singer was on vacation in Arizona with his wife Talinda and his family, but came home alone, citing work commitments.

Bennington made certain the children wouldn't need to pay for these trips out of their own pockets. He directed the trustee of the family trust to provide money to cover their travel expenses.

There’s been no report as to how much Chester left to his family.

In August, Samantha, who was married to Bennington between 1996 and 2005, blasted Talinda online for not including her and Draven in his funeral service.

"My son & I have not had an opportunity to speak, not even at his funeral (that only represented his life that he was married to his new wife) no photos but one of him anywhere," she wrote.

"Dra was never treated equally by T & never wanted to go there because of that. Thanks for not honoring the one wish my son had by sharing his prayer with his siblings & throwing the rose quarts (sic) into the ocean with him.”

Bennington’s widow Talinda is the executor, and is likely to be handling the estate completely on her own. Jonathan Schwartz, Bennington’s former business manager, was named alternate executor, but he is currently in jail on charges of wire fraud, so he will not be able to serve.