Charitable Giving via IRAs Took a Dramatic Jump in 2018 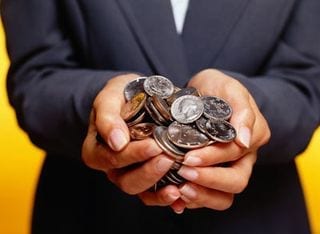 Americans are a generous people, and 2018 showed clear proof of this. Distributions from IRAs increased, and using the Qualified Charitable Distribution (QCD) was at the heart of much of the giving.

Giving from an IRA, also known as an IRA charitable rollover gift or QCD, took a leap of 73.8% from 2017 to 2018, according to survey results from FreeWill, a fundraising company. Of the nonprofit organizations surveyed, 92% reported increases in QCD giving

ThinkAdvisor’s recent article, “Charitable Gifts From IRAs Shot Up by 74% in 2018,” says the 7% of nonprofits that reported a decrease were primarily small charities that received few QCD donations in both years.

FreeWill noted that QCDs are open to anyone 70½ and older with a traditional IRA. However, 401(k)s aren’t eligible for QCDs. Distributions from IRAs can satisfy the IRS’s minimum distribution requirement (RMD). These gifts can be made annually, up to a maximum of $100,000 per year. There is also no minimum.

FreeWill’s research looked at about 120 nonprofits with total revenue ranging from $1 million to $1 billion. The research showed that QCD gifts are getting larger: 52% of charities that responded said the average gift had increased since 2017. Only 12% said the average had decreased, and 30% reported no change.

About 50% of respondents said demographics were responsible for the sharp growth in giving via QCDs, while 27% said it was changes in the tax law. The tax law changes mean that for many donors older than 70, QCDs may be their only way to get a meaningful tax benefit from charitable contributions, since they can no longer itemize deductions and don’t have the charitable deduction.

In addition to the tax incentives, demographic shifts are dramatically altering charitable giving in our country. Americans between 70 and 80 are the fastest growing age bracket. Their numbers will continue to grow over the next 10 years.

The nonprofits in the study said there were several obstacles that keep donors from making QCD contributions. About 80% of respondents said their biggest challenge when processing these gifts, was a lack of information shared by IRA custodians.

The second reported challenge to the use of QCDs is that many donors are simply not aware that the QCD is an option, and are confused about the process of making contributions.

There also seems to be some question with who in the nonprofit is responsible for the QCD donations. Planned giving officers said that questions about QCDs made up two-thirds of their questions from donors. Adding to the problem: confusion about which area of a nonprofit’s development office is handing QCDs.