College Graduates Do Better When Working Past 65 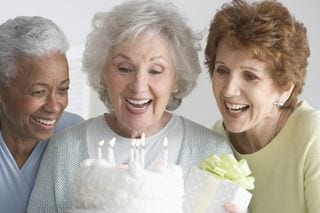 Almost one in five Americans with a college degree are still gainfully employed. That’s the highest number in more than fifty years. If you’ve got a college degree, your chances of working past age 65 are higher, and you’ll also find it easier to keep working.

Americans are delaying retirement past age 65, and those with a college degree are better able to find work than people who did not graduate from college. It’s harder for them to stay in the workplace, which is not good for retirement security.

The Ledger Dispatch’s recent article, “Working past 65? It’s easier to do if you graduated college,” explains that it’s a crucial distinction. This is because experts believe both groups would benefit from working an extra year or more to improve their retirement security. Older Americans who stay at work a little longer are able to increase their savings and they can let larger Social Security benefits accrue. Add to that the fact that many older Americans like the idea of staying engaged by working.

However, less-educated Americans aren’t always able to follow this path. They also typically have less in retirement savings. Many must retire before their mid-60s because of poor health, the inability to do jobs that require a lot of physical activity, or a variety of other reasons.

“If less-educated people were retiring early and comfortable in their retirement years, good for them, but we know they aren’t,” said Matt Rutledge, research economist at the Center for Retirement Research at Boston College. His research shows a widening gap in retirement ages between college and high school graduates. It’s very apparent when looking at the average age of retirement for men. However, the increasing number of women in the workforce in recent decades can skew the overall figures. Men with college degrees are retiring at an average age of 65.7, according to Rutledge’s study based on government data. This is about three years later than men with only high school degrees. That group is retiring at an average age of 62.8.

In comparison, in the late 1970s, the two groups were retiring at nearly the same age: 64.6 for college graduates and 64.1 for high school graduates.

Health is a big factor in deciding when to retire, and less-educated Americans tend to have worse health as a group than their higher-educated peers. This group is also more likely to be in physically demanding jobs, which are harder to maintain as they get older.

For example, with men age 50 and over, 61% of workers without a college degree have to move heavy loads (or people) as a regular part of their job. That’s more than double the 23% rate of their college-graduate peers, according to researchers at Harvard University, RAND Corp. and UCLA. Lower-educated workers also are much more likely to have jobs that require them to stand all the time, do repetitive hand movements or be placed in tiring or painful positions.

The federal government said recently that 19.2% of everyone age 65 and over was employed, as of September. That’s tied for the highest rate since 1962, and it’s nearly double the level of the mid-1980s.

Reference: Ledger Dispatch (October 8, 2018) “Working past 65? It’s easier to do if you graduated college”