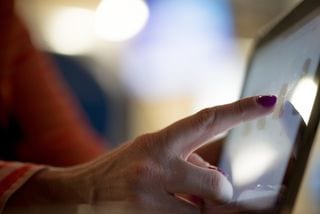 In an effort to stop a cable television movie about the dramatic events of her life and death, the estate of Bobbi Kristina Brown, Whitney Houston’s daughter, has joined a $2 million lawsuit to stop TV One.

Claiming that the biopic wrongly presents him as a neglectful father, Bobby Brown filed a lawsuit to block the movie, titled “Bobbi Kristina”—from airing on cable. The New York Post reported in “Bobbi Kristina estate joins Bobby Brown in $2M suit over biopic,” that Brown claims he hasn’t seen the script, despite his requests. Bobbi Kristina Brown’s estate has now joined with Brown in the lawsuit.

Twenty-two-year-old Bobbi Kristina was found by her husband, Nick Gordon, unconscious in a bathtub in Georgia in July 2015. She lapsed into a coma and was declared brain dead a few months later.

Bobby Brown also claims that he’s sold the rights to a movie about his life to BET, and the TV One film jeopardizes that project. Brown was suing for $1 million, but then amended his claim for $2 million.

Brown is portrayed in the movie as a “hard drug user”, who neglects his fatherly duties after Houston’s 2012 death—in which she was also found unconscious in a bathtub.

Gordon wasn’t criminally charged in Bobbi Kristina’s death, but in 2016 he was found legally responsible by a Georgia civil judge. He was hit with a $36 million judgment, after Brown filed a wrongful death suit against him.

Among the allegations from Brown is that the TV One producers took advantage of their previous work with Bobby Brown to make the movie, including using footage from a 2004 reality show, without his permission. TV One is standing by its movie and its depiction of this time period in her life.