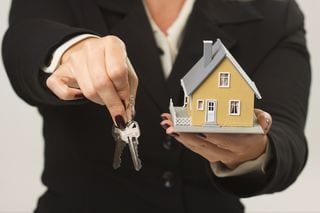 “Adding an adult child to your house deed, or giving them the home outright, might seem like a smart thing to do. It usually isn’t.”

Transferring ownership of the family home to an adult child may seem like a simple approach for avoiding having the house go through probate, or even qualifying easily for Medicaid. However, this seemingly simple solution comes with many problems, including taxes and the potential for years of delay for qualifying for Medicaid. That’s the advice from the article “Don’t Give Your Adult Kids Your House” from Nerd Wallet.

There are many other ways to transfer a house to family members. Estate planning lawyers will be able to help you accomplish this, without creating extra problems for your family.

First, if you leave the house to your children in your will, which means they don’t get it until you die, they receive something called a “step-up in basis.” This means that all of the appreciation of the house that occurred during the time that you owned the house until your death is not taxed.

Here’s an example. A financial planner advises his client not to let his mother gift him the family home. She paid $16,000 for it back in 1976, and the current market value of the house was close to $200,000. None of that increase in value would be taxable if the son inherited the house. However, she signed a quitclaim to give her son the house while she was living and died shortly afterwards. The estimated tax bill was about $32,000.

Some families who realize the impact of this when it’s almost too late, scramble to give the house back to the parents. They do a last-minute deed change, before it’s too late. There isn’t always time for this.

When it comes to transferring the house, so a parent can qualify for Medicaid, there’s a five-year look back that prohibits any transfer of assets, especially of a house. That can lead to a penalty period, so the senior who needs long-term care will not be eligible for Medicaid.

Transferring a home to an adult child with financial or marital problems is asking for trouble. If the house becomes the child’s asset, then it can be attached by creditors. If a divorce occurs, the home will be an asset to be divided by the couple—or lost completely.

As for the family in the example above, the man was almost stuck paying taxes on a $184,000 gain. A tax research firm he engaged learned of a workaround, Section 2036 of the Internal Revenue Code. If the mother retained a life interest in the property, which includes the right to continue living there, then the home would remain in her estate, rather than be treated as a completed gift. The son, as executor of the estate, filed a gift tax return on her behalf to show that he was given a “remainder interest” or the right to inherit, when his mother’s life interest expired at her death.

There are less stressful and less costly ways to avoid the family home being part of the probated estate. Let an experienced estate planning attorney help your family before costly, time-consuming and stressful mistakes are made.