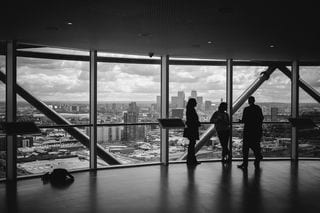 Trademarks and copyrights are at issue in yet another lawsuit between the two companies representing the estate of Jimi Hendrix and his brother, who is accused of infringing on Hendrix’s copyrights and trademarks with products named “Jimi’s Cannabis Collection Purple Haze” and “Jimi’s Wines.”

There have been other similar suits that the rock star’s estate has filed against the musician’s brother during the last decade. Both companies hold the rights to intellectual property that belonged to Hendrix. Jimi’s father, who died in 2002, bequeathed the ownership of the Hendrix estate—including the two companies—to family members. However, he excluded Leon Hendrix.

The defendants recently “renewed and expanded” their infringement claim of Hendrix’s trademarks and copyrights “through the creation, development, licensing, manufacturing, promotion, advertising and sale of cannabis, edibles, food, wine, alcohol, ‘medicines,’ electronic products, and other goods.”

The two companies said in their complaint that they hold the rights to Hendrix’s trademarks, including “Jimi Hendrix” and his signature, as well as copyrights on his popular composition “Purple Haze” and album “Axis: Bold As Love.”

Experience Hendrix and Authentic Hendrix petitioned the court to enjoin the defendants from using the Hendrix estate’s trademarks and copyrights in products for sale and sought damages for their own alleged wrongful gains. The defendants had previously filed trademark applications, such as those through an entity called Jimi Electronics Inc., to trademark “Jimi” and “Jimi Jams” for audio speaker products. The Patent and Trademark Office denied the applications. The PTO held that these claims would create a likelihood of confusion with the Hendrix estate’s registered marks.

This is not the first time that these two companies have filed infringement suits against Leon Hendrix, his partner and their companies. A suit filed in 2008 in Washington found that Hendrix, Pitsicalis and their business partners wrongfully marketed and sold vodka and other merchandise using Jimi Hendrix’s signature and headshot marks. In 2016, a lawsuit in Georgia resulted in the same companies being banned from using the word “Jimi” in packaging or promotional materials.