How Savvy Grandparents Can Help with Grandchildren’s College Expenses 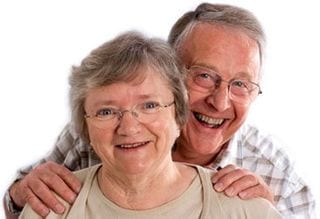 Before you act on your generosity, learn about how to help without putting your grandchildren’s financial aid at risk.

Since their introduction, 529 college savings accounts have helped many families save for college. Earnings in these state sponsored accounts grow on a tax-deferred basis and aren’t taxed on withdrawal as long as they are used for qualified educational expenses. Even better, most states provide a state tax deduction for contributions to the account. But before you write a check, you need to know how to navigate some potential pitfalls when helping the grandkids pay for college.

US News’ article, “3 Common Questions from Grandparents About Saving for College,” notes that grandparents are often in a better position than parents to help with saving for the rising costs of college. Mom and Dad still might be paying off their own student loan payments, along with a mortgage, retirement contributions and day care expenses.

Here are some common issues. First, for a grandparent who wants to be involved regarding how the funds are invested, opening an account in their own name may the best option. Otherwise, if you want to allow your grandkid's parents to coordinate the investments, then you could just write a check to an existing 529 account.

This is a lot of good news for grandparents who want to help with college savings. Grandparent-owned assets are not considered in the Free Application for Federal Student Aid used by many schools to set up financial aid packages. Schools typically don't look at retirement accounts for parents, nor do they look at grandparent assets. That’s a strong argument to have a 529 from a grandparent instead of from a parent, if you were attempting to qualify for financial aid. But distributions from a grandparent count as income to the student, which can harm his or her eligibility for need-based financial aid. This could decrease the aid by as much as half of the distribution amount. One option is to make the grandparent payments late in the student's college career, when you have other means of paying, if eligibility for financial aid is important.

New rules state that financial aid is awarded based on a two-year-old tax return, not the prior year's return.  Therefore, grandparents could take distributions when a grandchild still has two years left at college without affecting his or her financial aid status.

There are typically no taxes incurred on a gift from a 529. As a result, a married couple can give $28,000 or $14,000 for a single person per year without requiring it to be reported on their taxes. If they give over that amount, they’d need to report it. However, they still wouldn't pay taxes until they reached their $5.49 million lifetime limit. One other note is a special rule for 529s that allows individuals to "frontload" gifts to 529 plans. With this rule, grandparents could make five years' worth of annual gifts. That translates into 529 contributions of $70,000 for individuals or $140,000 for couples to a grandchild without any gift tax or reduction in their lifetime exclusion.

For grandparents, a big benefit of a 529 is the tax advantages. There are no age or income limits like there are on 401(k) retirement accounts and Roth IRAs. There may be fewer tax-advantaged vehicles for grandparents to access, either because they're too old or have too much income. 529s don't have a limit on either one, which makes them better suited for grandparents.

At one time, qualified expenses included only tuition and room and board, but that has changed over the years and now some states have expanded that definition to include computers and certain college fees. Check with your state’s 529 website to avoid any penalties from using the 529 funds for expenses that are not deemed qualified. Check to see if your state requires the student to be a full time student or if attending college at least 50% of the time is sufficient. Remember that the money can be used for graduate school, and you can change the beneficiary to another grandchild if your family’s needs change.

Reference: US News (December 28, 2016) “3 Common Questions from Grandparents About Saving for College”