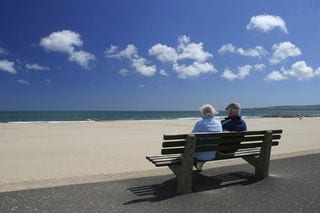 Unlike in the lower 48 states, where caregivers must depend on their own resources when taking care for elderly family members, in Hawaii, the Kupuna Caregivers Assistance Act will provide some support for those who are caring for a family member, while also working at least 30 hours a week with a daily stipend of up to $70.

Caregivers in the Aloha State can now use the money for anything that allows them to avoid missing work due to their caregiving duties. This includes things like hiring a part-time health aide, paying for meal deliveries, or cleaning services. The stipend can also replace caregiver income that’s lost to carrying out those duties themselves and the resulting lost time at work.

The state’s general fund provides the cash from the existing balance, which is funded primarily by income and corporate taxes. The law is aimed at assisting caregivers to stay in the workplace as long as possible and still be able to provide care to loved ones, so that they can be as healthy and independent as possible.

Hawaii is the first state in the U.S. to put this type of system into practice. Nationally, there’s an estimated 44 million Americans who are caring for elderly relatives, with about 60% also employed. Not only does that make it difficult to keep up with caregiving responsibilities, but it takes a toll on their work performance. Here are some statistics among female caregivers:

… all to provide elder care.

The caregivers lose income, jobs and sometimes their savings. A recent survey by AARP revealed that the cost of leaving the workforce early to care for a family member can cost approximately $304,000 in lost wages and benefits. Hopefully, Hawaii’s approach will be considered by other states.