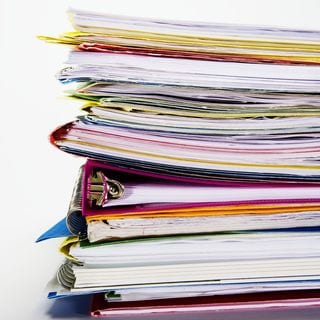 There’s a big gap between what the agencies are reporting and what the private Medicaid managers and Iowa’s Human Service are saying. Legislators are not at all pleased.

In Iowa, about 560,000 poor or disabled people depend on Medicaid services provided by hospitals, nursing homes, mental health agencies and others. For some time, these agencies have been complaining that private management companies charged with processing Medicaid payments are not paying quickly or accurately. But as reported in The Des Moines Register’s article, “Pay Medicaid bills quickly, legislators tell managers,” three of these companies and officials from the Department of Human Services maintain that the situation is improving.

Senator Liz Mathis and Senator Joe Bolkcom were among legislators demanding that the managers find a solution during a four-hour Senate hearing before the Human Resources Committee about the transition to private management of Medicaid.

Several care providers testified that they have had to borrow money to make their payrolls, and the CEO of one mental health program for children said her agency is owed nearly $1 million for services it has provided to Medicaid clients since April. An executive from another company that owns 30 care centers said his company is short $3 million in such payments. That company started laying off staff members because of the shortfall.

The move to private Medicaid management was approved in 2015 by Governor Terry Branstad. The Republican says it will save money and offer more flexible services. Others contend that it’s already leading to cuts in services. The managed-care companies and leaders of Branstad’s Department of Human Services testified that the shift is going smoothly and that most bills are being paid quickly. Many of the others are rejected due to a lack of important information.

A report from the Department of Human Services said that the three companies paid out nearly $900 million to service providers from April through June. The payments correlated with about 3.5 million bills, and another 1.7 million bills were kicked back or delayed. The companies claimed that many of the bills either contained incomplete information or were duplicates that agencies submitted while waiting to be paid for earlier bills.

The state’s Medicaid director said her staff is working to help service providers understand how to submit bills correctly to be paid promptly. Many of the complaints are from Democratic legislators, but some Republicans have also raised concerns—such as the fact that service providers are still having trouble gaining payments three months after the shift.

Despite comments from Cheryl Harding, Amerihealth Caritas’ top Iowa executive, that this particular implementation has been smoother than others, legislators were not impressed. Senator Bolkcom pulled no punches, telling the three companies that he doubted they were borrowing money to make payroll like several agencies reported having to do because of the late payments.