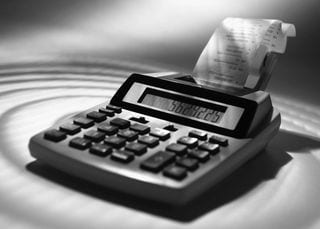 With no prenup, millions at stake and a desire to keep a low profile, this former mayor may find himself at the center of an ugly divorce—again.

The deck on the split between Rudy Giuliani and his wife Judith is stacked against the former New York City Mayor. According to a recent article in Think Advisor, “Rudy Giuliani's $60M Divorce: This Time It's Going To Hurt,” the only silver lining is that the details of the proceedings will remain confidential–so far.

Rudy is a veteran of the no-holds-barred divorce. His last divorce was tabloid fodder. Although he was technically the adulterer, he accused Donna Hanover of cruel and inhuman treatment at the same time that he was busy kicking her out of the New York City mayoral mansion and ruining her charities.

Like her soon-to-be-ex-husband, this is not Judith’s first contentious divorce. Years ago, she was married to a Long Island trust fund baby. When that went south, both sides got nasty. Therefore, she won her last divorce, and he lost his. Hanover got $6 million from Rudy, which amounted to about half of his paper assets, plus a year of his high-powered post-911 speaking fees.

Rudy has been silent since the election. While on paper, he’s the White House cybersecurity consultant, it’s a pretty low profile by his usual standards. Whatever’s he’s doing, he doesn’t want it to be published in the headlines.

In 2000, he was ready to fight it out in the papers. That divorce took two years of insults and petty retaliation against his wife, his kids, and ultimately the city. Only the events of 911 gave him a better reputation.

This time around, Rudy may opt to pay Judith to go away and keep quiet because he still has national political ambitions. Rudy is 73 years old and could stay on the consulting circuit until he retires, but statistically his peak earnings years are behind him. A contested divorce is going to consider his assets in terms of retirement rather than his future opportunities.

Rudy has had some big paydays.  However, his divorce from Judith may take a big bite out of the wealth he was saving for his golden years. Judith could wind up with $30 million. While his lawyers might buy her out with a lower number, it’s still going to put a crimp in his estate.

Why would someone like Rudy not have a prenup? When they married, he didn’t have much, and his previous divorce took a big bite out of the assets he did have. A prenup might have protected his children’s inheritance, but it’s too late for that now.