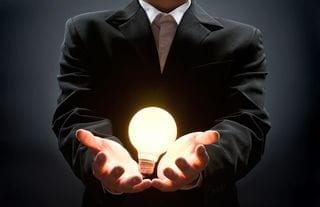 A record donation from a civil engineering alumnus will provide STEM scholarships at NDSU, attracting more students to these critical areas of study.

Harry D. McGovern, a 1966 civil engineering North Dakota State University graduate, has made a $13.5 million donation to the school for scholarships in science, technology, engineering and mathematics. According to The Bismarck Tribune in “NDSU receives record $13.5 million gift for STEM scholarships,” the bridge and highway contractor’s donation was matched by $1.2 million from North Dakota’s challenge grant program. The total donation, $14.7 million, will have a huge impact on the school and its STEM students.

NDSU’s President Dean Bresciani was grateful, remarking that the donation will improve many lives and benefit North Dakota.

“Harry’s commitment to NDSU and enthusiasm about what is happening here is demonstrated in this generous gift,” Bresciani said in a statement. “Just as his experience as an NDSU student was transformative, his gift will change the lives of students who receive his scholarship.”

McGovern’s gift combines current donations with estate planning, and once it’s fully implemented, the fund will give 50 students full-tuition scholarships each year for the 2017-18 academic year.

McGovern said when Bresciani and he began discussing ways to make a difference for students, the president impressed him with the need to have a scholarship program to attract young people to NDSU. “I wanted to make an impact on as many students as possible, particularly for students pursuing STEM degrees, and he said full-tuition scholarships could accomplish that,” McGovern said.

The scholarships are to be awarded based on academic achievement and the pursuit of degrees in STEM fields. The NDSU Foundation and Alumni Association said McGovern is not only making an impact now, but leaving a permanent legacy.

This is not the first time that McGovern has made a generous donation to NDSU. He donated $1 million to the school’s foundation for the NDSU McGovern Alumni Center, which opened in 2012. When the donation was made, McGovern said that the engineering and business skills that he learned at the university allowed him to give back to the school.

Posted in Charitable Giving
We Continue To Serve Our Clients!