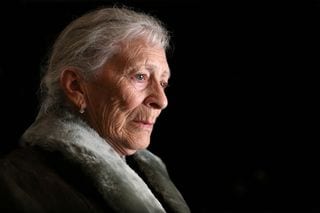 “It’s hard to imagine being stripped by a court of the right to make decisions about finances, medical care and other matters. It’s even harder to imagine that happening without representation or the advice from a lawyer.”

In many states, if a person is deemed unable to conduct their own affairs, a court appoints a guardian who makes decisions for the person and manages their financial affairs. In some states, Pennsylvania among them, the person has no legal right to have an attorney represent them during this process, explains a recent article from the Pittsburgh Post-Gazette, “Guardianship gap: Give people a right to counsel for proceedings.”

The article maintains that people who face losing control of the right to manage their lives would benefit from having the advice of an elder law attorney, especially if they wish to fight against a claim that they are incompetent.

About 18,400 adults in Pennsylvania are now under guardianship, and most are over 60 years old. There are problems with the guardianship process in the Keystone State. As a result, the state’s Supreme Court took action with the creation of an Elder Law Task Force. The task force issued a report calling for reforms six years ago—in 2014. Some reforms have been put into place. However, a recommendation to require appointed counsel was never implemented.

What is strange, the article reports, is that the goal of legal counsel is somehow marked as having been accomplished. Several members of the task force have expressed dismay that a right to legal counsel has not been completed. A number of judges do appoint counsel in guardianship cases, because they believe it is the right thing to do. But not all of them do.

Guardian oversight and abuse is the concern. An improvement was made in 2018, when new software was made available, so that guardians could submit annual reports. The software identifies possible problems in the guardian’s handling of financial affairs. This has not solved the problem, as some jurisdictions are receiving alerts, but lack the staffing to follow up.

Guardians are also not required to submit bank statements, receipts and other documentation to verify their reports.

When these documents are not in place, there is a very real risk that your life will end up being managed by a court-appointed guardian, who does not know you or your family.

Speak with an estate planning attorney to ensure that your wishes are properly documented and  that someone you select is able to represent your best interests, if necessary.