Planning Ahead for Senior Care When You’re Not A Billionaire 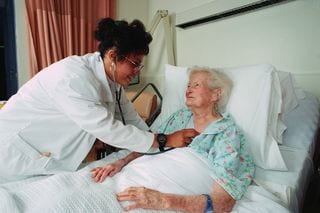 Regular people like to read about celebrities and business leaders who share the same family issues that many of us do, just on an entirely bigger scale.

With big money, moguls, a lover with bad intentions and heirs seeking to gain control of an empire, the HBO series Succession borrowed a lot of juicy details from the real-life drama of Sumner Redstone.

Forbes’s recent article, “What 'Succession' And Sumner Redstone Can Teach Us About Planning Ahead For Senior Care,” says that many of us won’t need to concern ourselves with a multi-billion-dollar empire, so our family struggles may look fairly mundane in comparison. However, disagreements over money can and frequently do keep families from making the right decisions about elder care.

A family’s financial resources—or lack thereof—may determine the options available and the type of long-term care a senior will ultimately receive. The big surprise for many retirees is that Medicare doesn’t usually pay for long-term care services. This means that nursing home expenses, which run more than $80,000 a year on average, must be paid in some other way. With most people preferring to age in place, in-home care may be the best option.

The tough news for many who aren’t rich enough to afford the skyrocketing cost of long-term care, is that they don’t qualify for Medicaid either. If you’re one of the “in-betweeners,” you’ll need to be resourceful and there’s a lot to learn.

Baby Boomers are turning 65 at a rate of 10,000 people a day, so it might be time to plan for what comes next. Roughly 70% of Americans over age 65 will need some form of long-term care during their lifetime. If you don’t make plans, you and your family will have to prepare on the fly, when a crisis happens. Let’s discuss some of the things you’ll want to learn about:

Medicare vs. Medicaid. You’re not the only one to get these two programs mixed up. Medicare is a federally-funded insurance program for people aged 65 and over (as well as for those under 65 with certain disabilities, regardless of income). Medicaid is funded jointly by states and the federal government. It is also the largest funding source for long-term care in nursing homes. Medicaid is for people with low incomes, who typically don’t have more than $2,000 in assets. There are specific eligibility rules for each state, so plan ahead with an elder law attorney.  Many individuals of average wealth, unfortunately, often spend down their life savings on long-term care before qualifying for Medicaid.  There are planning options that you can put in place today to increase the chance that you leave behind an inheritance for your beneficiaries.

Long-Term Care Insurance. Long-term care insurance is a type of private insurance that gives you limited coverage (often after an initial waiting period) for long-term care. The cost varies, based on the type of plan, the senior’s age, and his or her health status.

Veteran’s Benefits. The Department of Veteran’s Affairs has long-term care benefits for eligible veterans, who’re either homebound or need assistance with their activities of daily living. Although there’s a lot of bureaucratic red tape to apply for veteran’s benefits, it can really be worth it.

Before your own family’s saga takes a dramatic turn, sit down with your aging parents and discuss whether or not they have an estate plan in place, including plans for long term care. If they have not done any planning, it’s time to have the talk and to make an appointment with an estate planning attorney.

Reference: Forbes (September 27, 2018) “What 'Succession' And Sumner Redstone Can Teach Us About Planning Ahead For Senior Care”

Posted in Estate Planning, Long-Term Care, Medicaid
We Continue To Serve Our Clients!