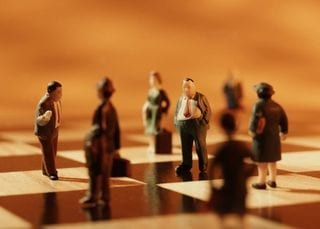 A surprising conclusion at the end of this estate battle is in that in this case, the attorney-in-fact is not liable for the misuse of his or her property by a third party. Neither is the attorney-in-fact responsible to act to recover that property, even if it has been stolen.

Leroy Mangrum was appointed as attorney-in-fact by a general power of attorney for Bobbie Wynder in 2010. Three years later, she died. One year after that, her four stepchildren, beneficiaries under her will, filed a lawsuit against Leroy Mangrum. They wanted full disclosure of all transactions and financial records from the time that he was attorney-in-fact for Wynder.

From the partial accounting he provided, the stepchildren saw several transactions for which they sought more information. One was a withdrawal by Mangrum's wife, Doris, of $36,000 from a savings account held jointly with survivorship by Wynder, Doris, and Brenda Chavis, one of the stepchildren, and Mangrum's surrender of Wynder’s $116,000 annuity. The annuity proceeds were initially deposited in Wynder's checking account but were then withdrawn and deposited into Mangrum's own account. The plaintiffs also sought an order that Mangrum restore any assets transferred in violation of state law.

The Supreme Court of Virginia explained in the case of “Mangrum v. Chavis” that the circuit court found that Doris's withdrawal was improper and that Mangrum improperly surrendered the annuity. In its order, the court found that he "failed to account properly with care, competence and diligence" as required by the state’s power of attorney act. The court awarded judgment to the stepchildren, ordered Mangrum to restore $152,000 to Wynder's estate, and to pay $19,000 in attorney's fees.

On appeal, Mangrum contended that the circuit court erred by ordering him to restore $36,000 to Wynder's estate as a result of Doris's withdrawal of that amount from the joint savings account. He argued that the circuit court expressly found that Doris alone made the withdrawal—not that he was responsible for it. The stepchildren also acknowledged that Doris acted alone. He claimed there was no evidence that he ever had authority over the money after it was withdrawn. The withdrawal didn’t arise from or depend upon his power of attorney for Wynder.

The Supreme Court explained that Doris, as a joint account holder, was Wynder's agent for the purposes of the funds Wynder owned in it and was liable as an agent for any breach of fiduciary duty. But this agency relationship between Wynder and Doris was separate from, and foreclosed liability under, the agency relationship between Wynder and Mangrum.

The trial court expressly found that only Doris withdrew the $36,000, not that Mangrum directed or participated in the withdrawal (even if he benefited from it). Because his agency relationship was established by the power of attorney, and Doris's agency relationship was established separately by her status as a joint account holder, they didn’t owe their fiduciary duties to Wynder jointly. Thus, as a separate agent, Mangrum couldn’t be liable for Doris's acts, unless he had a duty to supervise her.

The Supreme Court found that the provisions of the act didn’t make an attorney-in-fact liable for the alleged misuse of his or her principal's property solely by a third party (including by a separate agent over whom he or she has no express authority).

The plaintiffs were awarded $36,000, the amount of Doris’ withdrawal from the joint savings account, and portions of the circuit judgment were reversed by the Supreme Court.