Prenup as an Estate Planning Tool 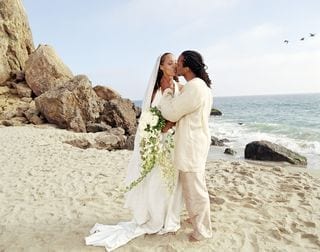 If your intended bristles at the mention of a prenup, try asking that it be considered part of an estate planning tool that will protect both of you.

For first-time marrieds with little or no assets, it’s natural to start a new life together by combining whatever little assets you have. But when marriages happen later in life, or if one member of the marriage has larger assets than the other, things get complicated. That’s why, according to The Pittsburgh Post-Gazette in “Financial planners: Prenuptial agreements shouldn't be a deal breaker in remarriages,” couples headed to the alter for the second, or even third, time should both be willing to have a prenup.

In 2013, the Pew Research Center found that four out of ten new marriages included at least one partner that had been married prior. The researchers concluded that there were two reasons for the increase in remarriage: (i) divorce rates in the U.S. have increased since 1960, so more divorcees may be looking to remarry; and (ii) Americans also are living longer, so divorcees, widowers and widows have more time to marry and divorce and marry and divorce.

Prenuptial agreements give both parties the ability to identify exactly what each of their assets are at the time of marriage, so they can show what they brought in if they divorce in the future. In order for a prenup to be enforceable, there must be a full and fair disclosure of all assets and liabilities. Any hiding of assets could void the agreement. There also must be no duress—no pressuring a bride to sign a prenup as the organist is playing the wedding march and threatening harm if she doesn’t. It should be done well in advance of the wedding, and when considering a prenuptial agreement, the fiancée should seek independent legal advice.

A big benefit of a prenuptial agreement is that it frequently can mesh with a person’s estate plan—including life insurance, wills, trusts, retirement plans and beneficiary designations. If the assets remain separate in a marriage, the prenup will protect the surviving spouse and the heirs of the deceased spouse.

A spouse entering into a second marriage with more assets than the other spouse can leverage a prenup to create a trust that will pay interest income to the surviving dependent spouse for as long as he or she lives. When that person dies, the money from the trust is distributed to the children of the first spouse who passed away. This is used a lot with higher net worth couples when at least one of them has been married before. The same strategy to provide protection to heirs can also be accomplished via a will, but a will is restricted to death while a prenuptial agreement covers the possibility of a divorce as well as estate planning.

Prenuptial agreements have a negative connotation, but think of them as an estate planning tool—not a divorce planning tool. Sometimes this is all it takes for people to grasp the purpose of a prenup and agree to sign one, especially in second marriages.

A prenup is certainly more about business and property than romance. But a marriage is about building a partnership that is respectful of both individuals, their families and their property. What is more detrimental to a marriage is a lack of respect and one partner trying to take advantage of the other.