Prepared for Retirement? Most Americans are Not and They’re Worried 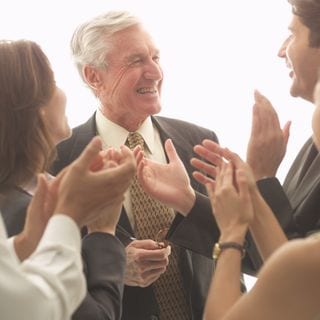 Most Americans expect to keep working past traditional retirement age, according to a recent study.

According to a recent article from Think Advisor, “1 in 3 Americans Have Less Than $5,000 in Retirement Savings,” almost eight in ten Americans are “extremely” or “somewhat” concerned about being able to enjoy a retirement without financial concerns, while as many as two thirds expect that it’s likely they’ll live after exhausting their retirement savings.

In addition, 75% say it’s “not at all likely” or only “somewhat likely” that Social Security will be around when they retire. Nonetheless, 46% of adults have taken no action to prepare for the likelihood they could outlive their savings.

“As financial implications of retirement become increasingly complex, inertia just isn’t an option,” said Rebekah Barsch, vice president of planning for Northwestern Mutual. “The good news is that it’s rarely too late to start. In fact, we often compare financial and physical fitness because the hardest part is taking the first step. However, once people commit to a strategy and start seeing positive results, they’re motivated to meet and even exceed their goals.”

The study also finds that these concerns about financial security in retirement may be causing some individuals to work longer. The research found that more working Americans say they will retire at 70 or older (38%), than in the more traditional 65-to-69 age range (33%).

Of the 55% of Americans who think they’ll have to work past age 65 out of necessity, 73% cited “not enough money to retire comfortably” as the dominant reason. Other reasons listed were Social Security not being enough to take care of their needs (61%) and concerns over rising costs like health care (52%).

“Continuing to work later in life should be a personal choice, not a mandatory requirement for survival,” Barsch said in a statement. “Proactive financial planning can be the difference between a desired and a default retirement lifestyle.”

Those who understand the financial realities of retirement at a relatively young age, should start planning, saving and investing as early in their careers as possible. People who are already in their 50s and 60s, are likely extending their work life past the traditional retirement ages.

Legacy Counsellors, P.C. has a tool that can help you determine what the best way to plan and save for your retirement.  If you are interested in learning more, please contact our office to discuss a financial condition model.