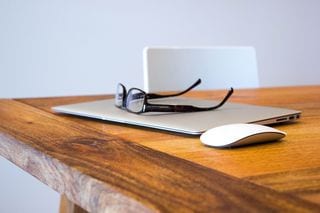 A new app will allow those who work with the elderly in Erie County, New York to report concerns about abuse and upload documents and photos.

Designed for service providers and advocates for seniors, the Legal Risk Detector app has been introduced through a joint effort from the Center for Elder Law & Justice, the Erie County District Attorney’s Office and the Erie County Office of Senior Services. The app, described in WIVB’s article, “New App Aims to Prevent Elder Abuse,” was first seen by dozens of providers at a local United Way building in Buffalo.

“This app is designed for Meals on Wheels people, home health aides, senior services workers and people who would be kind of the front line staff,” explained Karen Nicolson, Chief Executive Officer of the Center for Elder Law & Justice.

Those providers are sometimes the only individuals with whom home-bound seniors interact on a regular basis. Therefore, they can be the only people who recognize potential housing, consumer, financial exploitation or healthcare issues, provided they know the right questions to ask. That’s where the new app can help. The app is a comprehensive list of questions to ask elderly clients to help identify potential abuse. The questions are about everything from whether someone has been pressuring a senior to make changes to their power of attorney, to whether someone has been stopping them from accessing their money or health services.

This app also lets providers upload photos and documents, which are added to the report generated by the seniors’ responses. A report will give the referrals that the provider may need to help the senior.  It is automatically sent to the Center for Elder Law & Justice, when any legal risk red flags are identified.

The Erie County District Attorney said his office has seen a number of cases of financial and physical elder abuse this year, which he attributes to the fact that many seniors don’t have their children living nearby to monitor them. He hopes that awareness spreads about the app and its ability to help identify problems, so would-be abusers will reconsider taking advantage of elderly victims.

While this particular app was created for use by providers and others who work closely with the elderly, another elder abuse risk detector app for use by members of the public is in development, funded by a national grant.