Pushing Back Your Retirement Date Can Reap Big Rewards 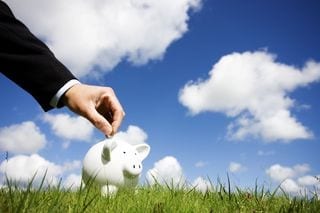 Continuing to work a few more years past 62, can have a big impact on your retirement finances. This is especially true for federal employees, who can gain as much as $10,000 per year by working to age 66.

Because it’s the earliest age you can start taking Social Security, many people think of age 62 as the year they will retire. The idea of staying in the workplace a few years longer may not be tolerable. But take a look at the numbers before you make this decision.

A recent Kiplinger article asks, “Should You Put Your Countdown to Retirement on Hold?”

For example, the article asks, would you consider working longer if it meant as much as an extra $10,000 in annual income in retirement? If you are one of the more than two million federal employees (including military), working to age 66 can make a big difference. For a federal employee who earns an average of $50,000 a year, her retirement income at age 62 would be $26,400.  With an additional $21,000 from Social Security, it gets her an annual income of $47,400—less than her current annual salary. However, if she worked four more years, to full retirement age at 66, her retirement income would be $30,247 and her Social Security would increase to $27,000. That means her total annual income would jump to $57,247—about $7,000 more than her annual working income. Income from a Thrift Savings Plan would increase this figure even more.

One thing about federal employees: they can have a complex set of benefits and different retirement plans. Those who started work before January 1984 were hired under the Civil Service Retirement System (CSRS), and those hired after January 1984 became part of a plan called the Federal Employees Retirement System (FERS). These employees were also required to pay into Social Security.

Female federal employees have a particular set of issues when planning for retirement. This is because historically women earn less, have less saved, work fewer years (due to child rearing and family obligations) and typically have low retirement confidence. Some married women may believe their spouse will take care for them, but that isn’t always the case. As a result, women often take fewer proactive steps in planning for retirement.

These days, women outlive men in every country in the world. The Social Security Administration finds that a woman turning 65 today can expect to live, on average, to 86.6, compared to 84.3 for a man. Therefore, women need to have a strategy for long-term care. They comprise the majority of those living in nursing homes.

By delaying retirement just a few more years, you may find yourself in a better financial position, and enjoying your retirement far more than if you rushed to the exit door. You’ve also given yourself more time to plan your retirement, including how you’ll make your golden years meaningful.

Reference: Kiplinger (August 2017) “Should You Put Your Countdown to Retirement on Hold?”