Should You Add a “Baby-Nup” to Your Estate Planning Documents? 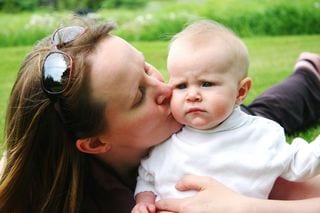 There are many who don’t believe in pre- or post-nuptial agreements. That’s all well and fine, until a divorce is imminent, and emotions take over what should be a legal and financial discussion. Would a baby-nup really help new parents?

Social changes always spark debate, and changes in parenting are no exception. The discussion of whether soon-to-be parents need to map out their parenting journey with a baby-nup has many on both sides of the argument all fired up.

MSN’s article, “Would you sign a 'baby-nup'? New trend sees expectant parents drawing up contracts to agree how they'll divide childcare and chores,” explains that the concept involves signing an agreement to split up chores fairly between the two parents before the child is born and agree on custody arrangements, if the couple winds up divorcing.

Parade magazine interviewed a couple, Julie Hochheiser Ilkovich and Daniel Ilkovich, who had a series of meetings ahead of their daughter's birth to detail some of the tasks in their future.

They decided “what they wanted to try to keep about their lives (date nights, gym time, etc.) and how they would make it all work, including who would also handle chores, as well as day-to-day things like pediatrician appointments and Amazon orders.” After two years, every morning and every evening is designated to one or the other parent.

Some on social media were quick to say it seemed like a great idea. Another commented “It sounds good in theory. However, many circumstances could change, by the time you have a baby or get divorced.”

Others said that parenting should be done equally without the need for a contract stipulating the conditions. As a result, there doesn’t need to be a document to divide up responsibilities.

Another commented: “Oh for goodness sake!! Babies are really not that difficult, if you're doing it right!”

Other parents were quick to point out that it's difficult to predict the realities of parenthood, until after the child is born. The responsibilities were often unequal at times.

One person said that until you've lived it, it's hard to know who will need extra support and that sometimes one partner will need to carry the other.

Another writer added, “It's called being a parent. Either embrace every good, bad, wonderful and annoying thing that comes with it, or don't have kids.”

If you consider a ‘baby-nup’ in the same conversation as you do a pre-nup, you might want to do so while you are having your estate plan prepared. All new parents should be sure to have an estate plan in place to protect each other and their children. Your last will and testament includes information about who you would want to raise your children, if something should happen to both parents. That is more important than a heated discussion about who has Thursday nights off from parenting. Speak with an estate planning attorney to create a plan for your new family.