Should You Leave Money for Your Kids? How Much? 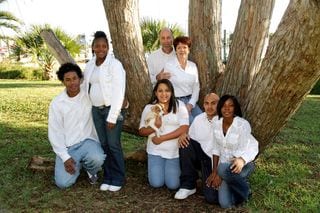 Money and families can be very complicated. How do you know how much money to leave to your children, or if you want to leave anything at all?

Different generations and different socioeconomic groups have different beliefs about whether or not they should leave a generous legacy to their children, or if their kids need to make it on their own. One long-standing belief is that it should be your goal to leave a lot of money to your kids. But is that always true?

Forbes’ recent article, “Why Not To Leave Too Much To Your Grown Kids,” reminds us that for everything you give your child, you take something away.

Parents often modify their retirement budgets to leave something to their children. And some who survive on Social Security may feel guilty, if they die and burden their children with funeral and burial expenses.

If you think your kids will be appreciative of the money you leave, some say it takes about three days of grieving for your children to consider your inheritance all theirs. But financial icons Bill and Melinda Gates and Warren Buffett plan to leave relatively small portions of their huge estates to their children. They hope that this will promote their kids’ long-term emotional well-being, rather than feeding their materialistic needs.

You may need to change the question from “How much is too much?” to “How little is too little?”

Do your kids expect you to hand over a fortune? If so, have a family meeting and say that you’ve decided to leave all of the money, except the personal belongings, to charity. You could also leave all your money to a family foundation where the kids are the directors who’d assign the money only to charities. Would they think that’s great? If so, you have probably raised kids who can control the cash. But if after the meeting, they start to secretly discuss ways to ship you off to a dementia care unit, you may want to rethink your estate planning.

There are two parts to consider: disbursing an inheritance and the amount you give.

Think about separating your kids from being involved with your estate when you die. Have an independent party liquidate everything except the personal property, then divide the proceeds equally among your kids. That may be the best option to keep them together.

Second, it’s hard to decide how much to give your adult children. How dependent are your kids on your financial support? It’s ironic that it’s the ones who don’t need your money, who’ll be fine. Those who need the support, will most likely be negatively affected.

One suggestion is to leave half of your estate to your children and half to charities, and let your kids select which charities they would like to support. This leaves a valuable life lesson to your kids that will be remembered.

You know your kids best. You know which kid will take a small inheritance and build on it, and which one will spend it in a matter of weeks. A new philosophy is emerging that believes it is better to give children enough money that they can do something positive with it, but not so much that they are alleviated of the regular responsibilities of being an adult.