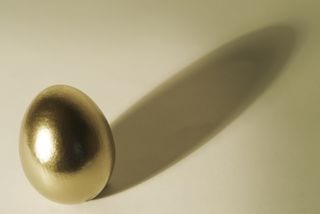 After a glamourous life that spanned many decades and was featured in many headlines, it turns out that Gloria Vanderbilt’s estate was nowhere near as big as expected.

Details are slowly coming to light about heiress Gloria Vanderbilt’s estate. A New York City apartment is being left to Leopold “Stan” Stokowski and her remaining money is being left to her youngest son, Anderson Cooper, the CNN news anchor.

Her estate planning is a reminder of the issues many families must address and the importance of having your affairs in order, when you receive a difficult diagnosis. She died of stomach cancer.

Survivor Net reports in its article “Gloria Vanderbilt’s Estate and Anderson Cooper: Surprising New Details That Show How Important Estate Planning is on a Cancer Journey” that $1.5 million was left to Vanderbilt’s youngest son, CNN anchor Anderson Cooper. Her oldest son Leopold was given her New York City co-op. Vanderbilt didn’t leave anything to her estranged middle son, Chris Stokowski.

When people hear that her estate was only $1.5 million, they’re surprised, since many believed the number was well over 200 times that amount. However, it really isn’t a surprise to Cooper, who said in a 2014 radio interview, “I don’t believe in inheriting money…I think it’s an initiative sucker. I think it’s a curse. Who’s inherited a lot of money that has gone on to do things in their life? From the time I was growing up, if I felt like there was some pot of gold waiting for me, I don’t know if I would have been so motivated.”

Vanderbilt was an heiress to a massive fortune. She was born into a trust fund with the equivalent of roughly $35 million in today’s terms. When she died, people thought Cooper would receive a similarly sizable fortune. Gloria Vanderbilt was estimated to have a net worth of roughly $200 million. However, probate documents have shown that Cooper will only receive $1.5 million, according to Page Six.

The 95-year-old Vanderbilt was diagnosed with advanced stomach cancer only about a month before she died, according to Cooper. While it’s likely that she’d already considered her estate planning, her very quick bout with cancer is an important reminder to those diagnosed that it can be wise to plan ahead.

While it can be challenging for patients and their family to think about financial planning while still reeling from a cancer diagnosis, the sooner it’s addressed, the less stressful it will be. You don’t want to delay until your disease and treatment have progressed, so that it’s taxing for your physical and mental energy. This would make thinking about finances even more undesirable.

A qualified estate planning attorney will be able to asset the patient and their family with creating an estate plan to protect them during their illness, should they become incapacitated, and after they pass.