The Downside of Moving Retirement Money to a Roth 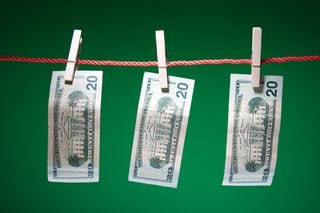 It sounds like a great deal—no taxes when you withdraw money during retirement. However, there’s no such thing as a free lunch, and that also goes for Roth IRAs.

CNBC’s recent article, “Moving all your IRA money to a Roth means losing some tax benefits,” says that those lost tax benefits generally relate to medical expenses, charitable contributions and business losses. By contrast, if you leave too much in the IRA, the result may not be good. You may have higher required minimum distributions and taxes.

Roth IRAs grow tax free and withdrawals generally are also untaxed. They also have no lifetime required minimum distributions, or RMDs. However, traditional IRAs have some potential tax benefits that are gone for good, once the money is moved.

The primary concept in managing taxes in retirement is that you want to get as much money out of your accounts at the lowest possible cost. When you roll over money from a traditional IRA to a Roth, the amount moved is taxed as ordinary income. As a result, you should complete the rollover when you’re in as low a tax bracket as possible. This means tax-free income available down the road, but it also means you’ll have already paid taxes on the rollover. Thus, there’s no opportunity to reduce your rate further. However, if you leave too much in the IRA, the result may not be good. If you think that you might have these future expenses, then it might make sense to keep money in the traditional IRA.

Medical expenses. These is usually a major expense for older Americans and doesn’t include the cost of long-term care. However, a tax break for medical expenses is one of the few remaining deductions available to individuals, since the new tax law in 2018. It’s limited to the amount that exceeds 10% of your adjusted gross income and you must itemize your deductions to take advantage of it. However, those with high medical bills can potentially reduce their taxes by applying it. To take the deduction, you must have taxable income to weigh it against. So, if much of your income is coming from a Roth IRA tax-free, you could be restricted in whether you can take advantage of the break. If you took money from an IRA (whose withdrawals are taxed as ordinary income) to cover those health costs, you could use the medical deduction against that withdrawal. This could result in paying less in taxes than what you had paid by rolling that money to a Roth.

Qualified charitable distributions. If you give money to charity each year, keeping money in your traditional IRA to make those donations could be wise, because contributions made through qualified charitable distributions — funds sent directly to the charity from a traditional IRA — are excluded from your taxable income. However, the tax break for charitable contributions can only be used if you itemize your deductions, and generally, a deduction isn’t as valuable as an income exclusion. Note that this strategy is only available to IRA owners and beneficiaries who are age 70½ or older. Since that is the age when RMDs kick in, the move could reduce your tax liability on the RMD to zero. If your RMD is $5,000, but you give $5,000 to charity anyway, do the qualified charitable distribution, and you don’t have to pick up any of the income.

Business losses. These can only be claimed on your tax return, if you have income to claim them against.

General tax considerations. No matter your overall income, any amount that falls into each of seven defined brackets is taxed at a specific rate. Therefore, the more income you can get taxed at those lower rates, the better. If you could leave some money in the IRA to soak up some of those lower tax rates in the future, you may pay less in taxes on the money than if you converted it.

Tax rates may be low now, but they are going to revert back to pre-2018 levels at the end of 2025, when the current tax law sunsets. So chances are good that after 2025, they’ll be higher.

The way to get the most from your money, is to minimize your taxes, especially in retirement.

Reference: CNBC (November 27, 2019) “Moving all your IRA money to a Roth means losing some tax benefits”