Those Who Prey on Elderly Are Ohio Prosecutor’s Targets 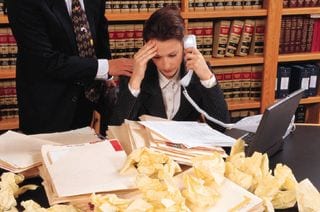 In a clear warning, an Ohio prosecutor tells scammers they are now looking at felony charges.

Monetary crimes against the elderly were previously treated as misdemeanors and often settled in civil court.  However, changes in the law mean that today these cases are taken more seriously, as reported in The Journal-News article, “105-year-old woman trying to help grandson gets scammed out of $4,800.” Ohio’s Butler County Prosecutor Mike Gmoser told reporters that even a small amount of theft will result in felony charges.

Assistant Prosecutor Gloria Sigman successfully prosecuted three scammers, a couple who scammed a 105-year-old grandmother out of $4,800 using a clone phone app and another man who beat up and stole from a 75-year-old woman.

One victim was 105-year-old Louise Limper. Her former caregiver Latisha Garrett and her boyfriend Eric Kleinholz scammed Limper out of $4,800, telling her that her grandson needed the money because his car broke down in Dayton, Gmoser said.

The caregiver took Limper to the bank to get the cash. She told Limper she would mail the money but stole the cash instead, officials said. Detectives got Kleinholz to confess to his part in the scheme.

Kleinholz, an ex-con, was found guilty of identity theft and theft and was sentenced to three years in prison. This was a first offense for Garrett, but because she was in a “position of trust,” the judge was able to send her to prison for 18 months on the two felony counts of telecommunications fraud and theft.

The second case involved Randy Villani, 50, who attacked a 75-year-old woman and stole $1,000 from her. Villani did some odd jobs for the victim.  However, he also convinced her to give him $300 he said he needed to get his sister out of jail and for his mother, who lives in the same trailer park, to buy groceries. Both turned out to be lies, according to police.

The last time he came to her house, he allegedly became violent and told her “If you call the police, I will come back and rape you and I will kill your husband.”

The victim’s daughter had just given her $1,000 for bills, medicine, and to repair her air conditioner. Villani took it and ran out, officials said. A jury found him guilty of aggravated burglary, robbery, aggravated menacing, and disrupting public service. Villani will be sentenced next month.

Gmoser told reporters that the Elder Abuse Task Force did a tremendous job in this case, and said that every police agency in the country is helping his team protect the elderly. “That is a sea change from years ago,” he added.