Trusts and Tigers are Good Together 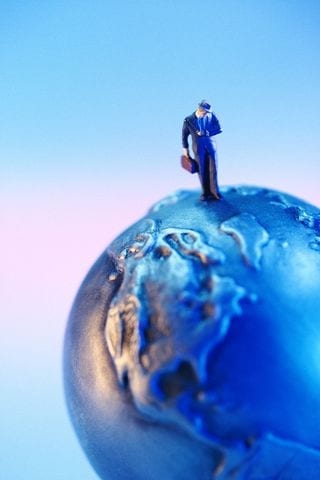 Savvy, sophisticated trusts have protected the Detroit Tigers and their family owners.

While members of the Ilitch family are known as the owners of the Detroit Tigers, the Detroit Red Wings and MotorCity Casino Hotel, they don’t actually own the Tigers. That’s why they have a family trust. Mike Ilitch purchased the team in 1992 for $85 million, and when he died recently at 87, his wife Marian did not inherit the Tigers. She can’t,  since baseball rules prohibit any one who owns any interest in a gambling operation from owning a baseball team. However, the Tigers have been owned by a trust for some time.

Chris Ilitch, the son of Mike and Marian who has run the team operations since 2004, became the de facto owner and the Tiger’s CEO when his dad died. He’ll decide the financial direction of the franchise, but the real owner of the Tigers is the trust. These trusts offer a way around Major League Baseball's gambling rules, reports Crain’s Detroit Business in “Who owns the Tigers? Family plan is a matter of trust.”

Trust arrangements are private, and the Ilitch family is keeping it that way. The Ilitch family issued a succession-planning statement in May 2016 that confirmed Chris Ilitch would continue to oversee their holdings, but it didn't give any specifics.

The Ilitch family, owners of the Little Caesars pizza chain, earned a reputation as sports owners willing to spend their way to championships. Under their ownership, the Red Wings won four Stanley Cups. The Tigers won two American League pennants, but no World Series titles.

Successful succession planning should result in a smooth transition. If this is done, the family's financial resources won't get tied up in an inheritance tax battle, which has forced other families to sell their professional sports teams.

Mike Ilitch put the Tigers and other assets into trusts. It’s a common practice that can shield heirs from federal estate tax bills—bills that can be hundreds of millions of dollars for pro sports franchises. The way in which the trust and estate planning has been specifically arranged to shield Ilitch's heirs from a massive estate tax or gift tax bill is unknown.

Some team owners, like Jerry Buss of the NBA’s Los Angeles Lakers, purchased insurance policies to pay estate taxes so that heirs wouldn't get hit with the tax bill. Those estate taxes often force the sale of a team. Estate tax bills from the IRS made the NFL's Miami Dolphins sell in 1993 and St. Louis Rams in 2008. If the Tigers were placed in trust some time ago, the value of the team will freeze under federal gift tax law as of the time the team was put into trust. That's a way to decrease the eventual tax bill, given that sports team values have skyrocketed due to huge local and national TV rights deals and other revenue streams. Forbes most recently valued the Tigers at $1.15 billion.

The value of assets within an estate can be a big fight between the IRS and the heirs since each puts a value on a team and other assets for tax purposes. That’s why sports team owners create detailed succession plans. The current top federal estate tax rate is 40%, with an exemption for the first $5.49 million (or twice that for married couples). If the Tigers were valued at $1 billion, and $5.49 million was taken off for the exemption, the tax bill would be 40% of the remaining value or $398 million. If an asset accounts for 35% or more of an estate's value, the IRS says that the tax bill can be spread over 14 years, which is designed to help families keep family businesses. Otherwise, it's due within nine months.

The value of using trusts is not limited to wealthy, team-owning families. Trusts are used by many families who want to keep their affairs private and who seek tax-efficient ways of passing wealth from one generation to the next. An experienced trusts and estate attorney will be able to help your family benefit from a trust, even if you don’t own baseball or hockey teams.

Reference: Crain’s Detroit Business (February 18, 2017) “Who owns the Tigers? Family plan is a matter of trust”

Posted in Asset Protection
We Continue To Serve Our Clients!