What Did the New Tax Laws Do to Charities? 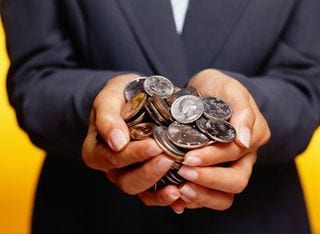 Do Americans donate to charity because they want to, or for the tax benefits? Unfortunately for the non-profit sector, the numbers for 2018 reflect a downward turn.

Americans gave generously in 2018, unless you adjust for inflation. If you do so, total giving declined by 1.7%.

CNBC’s recent article, “Charitable contributions take a hit following tax reform,” reports that 2018 was the first time the effect of the new tax law could be gauged. The law eliminated or significantly reduced the benefits of charitable giving for many would-be donors.

Even though the deduction for donations was unchanged in the Tax Cuts and Jobs Act, individuals still are required to itemize to claim it. That is now a much higher bar, because of the nearly doubled standard deduction.

Because of this change, there will be fewer people who itemize their individual tax returns. The result is that many people won’t enjoy the tax benefits of their charitable contributions.

Tax reform probably impacted the middle households that used to itemize the hardest, one tax analyst remarked. As a result, lower-income families reduced giving, a change that could be an issue for non-profits in the long term. The greater the revenue is concentrated in only a few sources, the greater the risk for these charities.

A study from the Fundraising Effectiveness Project, an alliance of the Association of Fundraising Professionals and the Center on Nonprofits and Philanthropy at the Urban Institute, reveals that modest gifts between $250 and $999 dropped by 4% in 2018, and gifts under $250 decreased by more than 4%. The number of these types of smaller total donors declined. On the positive side, there was a nearly 3% increase in large gifts, defined as $1,000 or more in 2018.