Will Your Estate Plan Work Now? 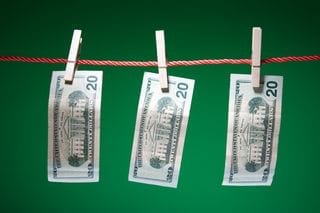 “Under the new law, not only must all of the tax on IRAs and plans benefits be paid much earlier than it was before, but the rate will likely be much higher too, since that income will be bundled into the recipients’ peak earning years.”

The demise of the stretch IRA is causing many IRA owners and their advisors to take a look at how their estate plans will work under the new law. An article from Financial Advisor titled “Navigating The New Estate Planning Realities” offers several different planning alternatives.

Paying all or part of the IRA portion of the estate to lower-income tax bracket beneficiaries. The theory here is that if we have to learn to live with the new tax law, at least we can attempt to minimize the tax pain by doing estate planning with a focus on tax planning. If a person has four children, two in high-income tax brackets and two who are in lower tax brackets, leave the IRA portion of the assets to the children in the lower tax brackets and assets with a stepped-up basis to the higher earners.

Withdrawing additional funds early and using the after-tax amount to purchase income-tax-free life or long-term care insurance. Rather than withdrawing all of the IRA funds early, freeze the current value of the IRA, by withdrawing only the account growth or the RMD portion, whichever is greater. Note that this won’t work if the withdrawals push the person’s income into the next higher tax bracket. All or a portion of the after-tax withdrawals then go into an income-tax-free life insurance policy, including second-to-die life insurance that pays only upon the death of both spouses.

Paying IRA benefits to an income tax-exempt charitable remainder trust. This involves designating an income-tax exempt charitable remainder trust as the beneficiary of the IRA proceeds. Let’s say a $100,000 IRA is made payable to a charitable remainder unitrust that pays three adult children or their survivors 7.5% of the value of the trust corpus (determined annually) each year, until the last child dies. Assume this occurs over the course of 30 years, and that the trust grows at the same 7.5% rate for the next twenty years. The children would net nearly $400,000. Note that the principal of the trust may not be accessed, until it’s paid out to the children, according to the designated schedule.

Every situation is different, so it is important to sit down with your estate planning attorney and review your entire estate, tax liabilities under the new law and how different scenarios will work to both minimize taxes during your lifetime and for your heirs. It’s possible that your situation benefits from a combination of all four strategies.