Advisors May Get Protection to Combat Elder Financial Abuse 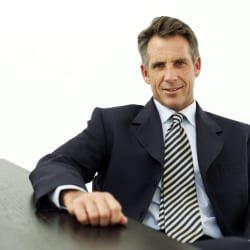 Financial advisors are often the first to see elder financial abuse, but concerns about client privacy and their own liability often get in the way of reporting. New legislation may change that.

The “Senior Safe Act” was recently passed by the House of Representatives, according to nasdaq.com in “Advisers May Get New Tools to Combat Elder Financial Abuse.” If the Senate keeps the momentum going, which industry trade groups are working towards, the hope is that financial advisors will become a helpful force in reporting elder financial abuse.

If it becomes law, civil and administrative liability protection will be in place for advisers, broker-dealers and other financial professionals who report suspected abuse to an agency—such as Adult Protective Services, law enforcement authorities, and state and federal regulators.

The bill says that compliance officers and other firm supervisors would be immune from liability as long as they had received training on identifying elder abuse.

With millions of baby boomers retiring, additional efforts are needed to protect the nation's most vulnerable citizens.

There is companion legislation in the Senate authored by Susan Collins (R-Maine). That bill is awaiting consideration by the Senate Banking Committee.

Critics of the bill raise concerns that the shield from liability under privacy laws applies only to situations in which advisers report abuse to covered agencies. Frequently the best way to deter financial exploitation can be to alert the victim's family. Fraud happens from people outside the family, and getting the family involved may be all it takes to make it stop, they argue. They go on to say that reporting to these agencies can just cause more problems for the family.

Vermont, Indiana and Alabama have created new laws that make it a legal requirement for advisers to report suspected financial elder abuse, rather than simply providing some kind of liability protection.

Expectations for the federal law are mixed. Some feel that reporting measures may not be as effective, since they only apply to situations where advisers report abuse to specific agencies. Others feel that the family is the best defense against financial exploitation and that having government agencies involved will have unintended consequences.