The Impact of Dementia on Retirement Planning 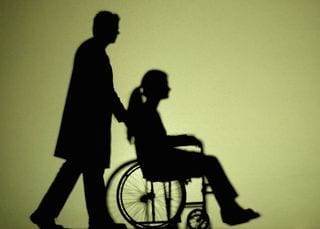 The cost of caring for a cancer or heart disease patient is minimal compared to the cost of Alzheimer’s disease or dementia. The impact on retirement plans needs to be carefully considered.

Since 2006, the percentage of people who fear getting Alzheimer’s has increased more than any other disease—including serious illnesses that include cancer, stroke, heart disease and diabetes. As reported in the MarketWatch article, “What to know about Alzheimer’s and retirement planning,” the biggest concern is not being able to take care of themselves and the impact that their illness will have on those who will need to take care of them. On a poignant note, the second biggest concern is losing their memories of life and those they love.

A survey of about 1,000 adults by Harris Interactive showed that the percentage of people who fear getting Alzheimer's has risen much more since 2006 compared to other diseases. This means it’s critical to properly plan for your retirement years early in case you or a loved one becomes afflicted. Take a look at the breakdown in terms of dollars for care between three common diseases:

These potential medical expenses must be considered in retirement and estate planning. Some of it can be paid for by insurance, Medicare and Medicaid. However, a large amount needs to be paid out of pocket by the family. In most instances, the total cost of care by family caregivers isn’t included in estimates because much of that time is just "helping out," and there’s no cost figure against this. Similarly, there’s no estimate on the amount of lost income family-care providers would have earned if they weren’t involved in the care giving.

Often estate planning and financial planning that focuses on dementia gets delayed because it is painful to contemplate. However, the costs and impact of this type of end-of-life disease is so substantial that planning must be done as soon as possible. Family members who can help with routine financial responsibilities need to be identified, and a meeting with an estate planning attorney should be part of any early planning. The estate planning attorney will also be able to put you in touch with local resources that can help the family on this most challenging journey.

Reference: MarketWatch (July 7, 2016) “What to know about Alzheimer’s and retirement planning”

Posted in Estate Planning
We Continue To Serve Our Clients!

In an effort to preserve your health, as well as the health of our staff, during the pandemic, we have adapted to completing all steps of the estate planning process remotely and online.
Your free initial consultation, document review, and document execution will all be done via Zoom.

Contact us to schedule your appointment. Talk to you soon!