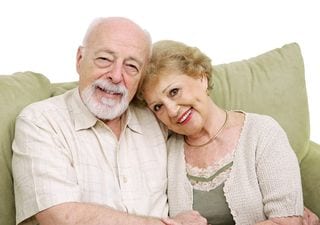 It sounds like a healthy increase, but in reality, the increase for 2018 will evaporate quickly.

Starting with benefits paid in January 2018, more than 60 million beneficiaries will receive a 2% cost of living adjustment (COLA) from the Social Security Administration. After getting no COLA increase at all in 2016 and a wimpy 0.3% hike in 2017, the increase sounds good. It’s based on inflation as measured by the CPI—consumer price index.

The odds are that the increase will evaporate for many, due to higher Medicare premiums.

There’s a "hold harmless" clause that prevents Medicare Part B premiums—which in most cases are deducted from Social Security benefits—from increasing by more dollars than benefits do. Therefore, when COLAs are small or nonexistent, premiums can't rise as fast as they should to keep pace with rising medical costs. This rule covers most beneficiaries, except first-time enrollees, those who don't have premiums deducted from benefits (because they haven't begun receiving benefits) and those subject to high-income premium surcharges.

The upcoming 2018 COLA means Medicare premiums can go up for everybody. What’s more, those whose costs were held down by hold-harmless in the past might be asked to make up some of the difference.

Because there was no COLA for Social Security in 2016, Part B monthly premiums didn't go up that year for seniors covered by hold-harmless provisions. Rather, the premiums for them stayed static at $104.90. That’s the same as they've been for the past three years. In 2016, Social Security gave recipients a small 0.3 percent cost-of-living increase. Hence, average 2017 Part B monthly premiums rose slightly (to $109) for seniors in the hold-harmless group. The 2017 monthly premium average, paid by those who weren't in this group and who thus pay full price, was $134.

It’s expected that Social Security is expected to ask older adults who paid $109 this year to pay $134 for Part B coverage next year. That’s a bump of $25 a month.

However, there is good news after all of this: under this scenario, those already paying $134 a month for Medicare B will have zero increase in 2018 premiums.

Another bit of good news: those who receive more than the average benefit, will see their benefit grow by more than $27.  If you’re a married couple receiving a combined $4,000 a month—you’ll see an increase of about $80 a month.

Posted in Social Security
We Continue To Serve Our Clients!