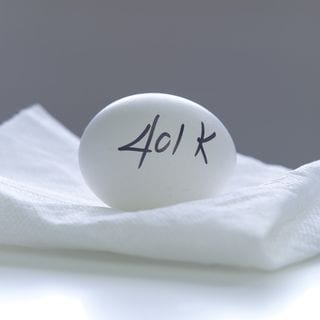 Our social patterns are changing, with millennials deciding to get married later in life. How different are they from boomers, when it comes to retirement savings? This deep dive explains.

Interesting research from the well-regarded Boston College’s Center for Retirement Research has taken a long-term and in-depth look at what happens to American’s contributions to their 401(k) plan, before and after marriage. It offers an interesting look at two generations who are usually considered vastly different.

“Millennials marry later than previous generations. Since marriage is a major life milestone that often marks a line between youth and adulthood, a logical question is how this delay affects retirement saving,” the report states.

Think Advisor says in its April article, “Do People Save More in Their 401(k)s After They Marry?” that at age 30, only 41% of millennials were married, compared with 59% for the late baby boomers.

The report looked at data from the Survey of Income and Program Participation linked to W-2 records on defined contribution plan deferrals, to determine the extent to which marriage affects retirement savings.

The results of the analysis show that people increase both their participation in and their contributions to 401(k) plans after marriage.

In terms of participation, men respond a bit more after marriage than women. The research shows that men have lower participation rates than women before marriage, but they wind up at the same level once married.

After marriage, women increase their contribution rate by an average of 0.8%, compared to only 0.3% for men, according to the research.

Following these results, the research then looks at what this means, if the trend toward later marriage continues. To do this, the research looks at how much retirement wealth accrued in 401(k) plans by age 65 would have been impacted, if men and women married later than they do now.

The analysis assumes a five-year delay in marriage, which is based on the approximate increase that occurred between baby boomers and millennials.

The analysis finds that the effect of delay, while statistically significant in the regression, is small—a 3.1% decline in accumulated assets for men and a 3.4% decline for women.

Therefore, for all the differences between millennials and boomers, it would appear that both groups share an understanding of the importance of saving for retirement.