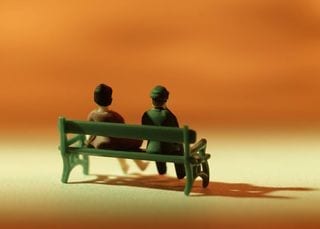 An unlikely marriage between a caregiver, who had already been married five times, to an aging man, resulted in claims of abuse and a lawsuit against the caregiver.

The family of James Donald Hess recently filed a petition in San Diego probate court accusing his former caregiver and new wife of abuse and undue influence. The family believes that not only did she marry him to get his money but that she is doing him physical harm to hasten his death.

ABC 10 News San Diego reports in its story, “Family questions elderly father's marriage to caregiver,” that Don Hess isn’t in the best health. The petition states that his "health steadily declined" after Don's second wife passed away in February 2016 and that he suffered from "depression and loneliness" and became dependent on in-home caregivers.

The family claims that a caregiver named Nicky convinced Hess to marry her after just a few months. Hess and Nicky Shepard—now Nicky Hess—were married in October 2017. Hess was 86-years-old. Nicky was 64. Don’s daughter told the TV station that when Nicky met her dad, she was married.  However, she was a newlywed. Two weeks after her divorce was final, she married her father.

The investigation discovered that Nicky had been divorced at least five times. The family alleged Nicky convinced her new elderly husband to "withdraw large sums of money from his investment accounts" and that she "forged [his] name on documents," according to the petition.

The petition also states that Nicky placed his health "in extreme danger," by altering his medication. Don is now hospitalized, and the family said his heart stopped for several minutes. He has also suffered from renal failure and pneumonia.

The battle has the parties in probate court, where the judge acknowledged the difference of opinion regarding Mr. Hess's marriage.

"I know that you have very different views about whether this is on one hand, a recent marriage of an elderly person to his caregiver and the vulnerability that that can present and the possibility of financial abuse versus, on the other hand, a person who is engaging in his right in his older years to find love and get married," said Judge Julia Kelety.

The judge has temporarily suspended Nicky as successor trustee, until another court appearance.

This is hardly an isolated case. The National Council on Aging reports that approximately one in ten Americans over the age of 60 have experienced some type of elder abuse. Most cases go unreported, despite the enormous number of cases of fraud and abuse of seniors.