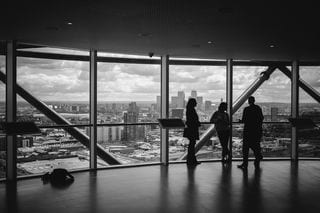 One party in the class action lawsuit said her eye doctor refused to continue treatment, because he was not being paid by Medicaid—she claims that led to her losing her eyesight.

A ruling from a federal judge has changed the rules for the Illinois Department of Human Services (IDHS). As a result, the department now has three months—90 days—to notify basic Medicaid recipients who apply for long-term benefits whether or not they are eligible. If the department does not respond in 90 days, the recipients will automatically be deemed eligible.

The Cook County Record’s recent article, “Judge orders IL state agencies to move quicker on applications for long-term Medicaid benefits,” said the judge disregarded concerns from state officials that the time limit will encourage applicants who may otherwise be ineligible to game the system.

U.S. District Judge Joan Gottschall in Chicago ruled in favor of a group of elderly women in their action against state social service agencies.

Medicaid is a federally funded program administered by states that provides medical aid for people of low income. The plaintiffs said they were already eligible for basic Medicaid but needed to apply for long-term benefits to pay for their care in nursing facilities or supported living facilities. They complained that their applications had been delayed from 20 to 60 months. During that time, their bills piled up because of the IDHS’s slow processing of the applications.

IDHS argued that many delays are beyond their control, like an applicant’s failure to respond to requests for additional documents. IDHS also noted it must deal with “voluminous” documents, when handling applications.

A few months after the suit was filed, the plaintiffs' applications were approved. IDHS said the matter was moot and should be dropped.  However, Judge Gottschall ruled the case should proceed for the benefit of potential class action members.

Plaintiffs asked for a preliminary injunction ordering IDHS to determine long-term eligibility within 90 days. The judge granted the request and noted that applicants for long-term Medicaid must first be eligible for basic Medicaid. From there, the judge said that Medicaid regulations require “reasonable promptness” in determining Medicaid eligibility, with 90 days considered reasonable.

The judge found it entirely possible that the delays in processing these applications are not related to the documents or responses from applicants in furnishing additional documents. There was no doubt that thousands of applications remain pending beyond the deadlines. The case was also certified as a class action, so that others who find themselves in similar situation can gain legal relief.

IDHS worried that this automatic eligibility will turn Illinois’ Medicaid program into “an estate planning tool,” with “presumptive eligibility indentifying applicants to fill out incomplete applications…and otherwise game the system.”