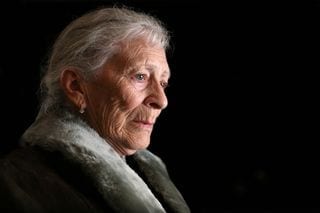 Iowa Senator Chuck Grassley is hoping that legislation boosting both enforcement and penalties for those who target seniors will become law as soon as possible. The proposed law would also improve how enforcement is coordinated between the Justice Department and Federal Trade Commission.

Sparked by what happened to a local couple who were scammed into buying more than $40,000 worth of dubious nutrition supplements, Senator Grassley is hoping for a quick signature from President Trump, according to an article in The (Cedar Rapids IA) Gazette, “Grassley elder abuse legislation awaits Trump's signature.”

“Exploiting and defrauding seniors is cowardly, and these crimes should be addressed as the reprehensible acts they are,” the 84-year-old Grassley said. Legislation that the Senate Judiciary Committee chairman sponsored with Sen. Richard Blumenthal, D-Conn., will send a “clear signal from Congress that combating elder abuse and exploitation should be a top priority for law enforcement.”

The Elder Abuse Prevention and Prosecution Act of 2017 passed the House of Representatives and the Senate by voice vote. One of the challenges of protecting seniors from scams is that technology changes quickly and “criminals are constantly coming up with new scams,” Grassley said. “None of us are completely immune.”

Grassley explained that six million seniors are victims of abuse and exploitation each year. In 2016, Karl and the late Marlene Sibert of Cedar Rapids were among them, spending $44,000 on nutritional supplements over a period of twenty months for health and nutrition-related products, when her mother was hospitalized. Their daughter, Karla Sibert, became aware of the spending and contacted the Iowa Office of Attorney General’s Consumer Protection. She filed a formal complaint. The investigation discovered telemarketers’ handwritten notes indicating that Sibert’s mother had “memory” issues and her father had “dementia,” according to Attorney General Tom Miller. Luckily, in the Sibert’s case, the telemarketer complied with his office’s demand to repay the money the couple spent on the supplements.

Grassley called those who exploit seniors “cowardly” and said those crimes should be prosecuted “as the reprehensible acts they are.” Even though elder exploitation may not be a “prominent or popular issue,” Grassley said it’s “an important kitchen table issue for America’s seniors, families and caregivers.”

The goal is to help families nationwide by giving law enforcement, seniors, caregivers and family members the ability to be more effective in fighting back against scammers. The hope is that stronger enforcement and increased penalties will deter some perpetrators.