Elder Fraud Gets a National Platform from Attorney General Sessions 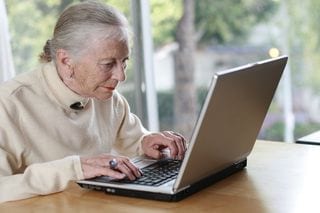 The largest elder care enforcement action in the country’s history has been unveiled, with more than 200 charged with defrauding seniors.

Financial elder abuse has taken center stage, with the Attorney General and other authorities stepping up to taking a more aggressive stance, as reported in cbslocal.com’s recent article, “Law Enforcement Has A Major Warning For The Nation’s Elderly.”

One Texas woman who was scammed by predators targeting the elderly lost everything. Her granddaughter believes the fraud drove her grandmother to suicide.

“She felt humiliated and she had lost everything. She died with 69 dollars in her bank account,” said the fraud victim’s daughter, Angela Stancick.

“The rise of new technologies has made it easier for criminals to coordinate their efforts and perpetrate their crimes,” said Sessions.

More than 200 defendants have been charged in fraudulent sweepstakes, contests, and technology schemes. They’re accused of defrauding seniors out of their life savings.

“You can be a target, but you don’t have to be a victim,” said Postal Chief Inspector Guy Cottrell.

Officials stress that consumer education is the best defense from these scams. They advise seniors never to pay to receive sweepstakes winnings.

Families should watch for suspicious mail.

Families are encouraged to speak with the FBI, the Federal Trade Commission (FTC), or their state attorney general, if they have any questions or concerns.

A Senate committee on aging reports that its fraud hotline took double the number of reports in 2016 as in 2015. Hopefully, the federal crackdown, steps taken by states and a growing awareness of elder financial abuse will at least slow down, what has become an epidemic of crime against seniors.

Reference: cbslocal.com (February 22, 2018) “Law Enforcement Has A Major Warning For The Nation’s Elderly”