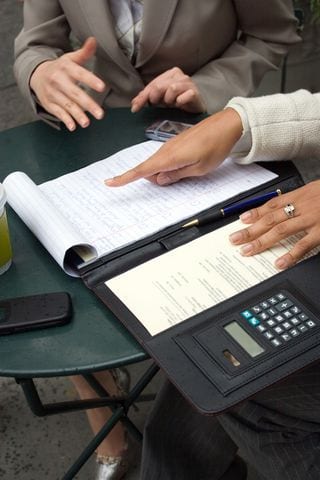 A will must be very clear in spelling out what the individual wishes to happen, so that if there is an estate battle, the decedent’s wishes can be easily understood in plain English. The role of the court is to uphold the intent of the decedent, says one judge.

The two surviving children of Constantine W. Pournaras, Elaine Jaffe (Jaffe) and William C. Pournaras (William)—are battling over a Superior Court judgment that gives Jaffe declaratory relief and prohibits William from transferring assets of their father’s irrevocable trust into his estate. The case made its way to the Supreme Court of Rhode Island.

The irrevocable trust names William as trustee. Jaffe says that William advised her that the irrevocable trust contained assets worth approximately $694,000. The irrevocable trust reserved to Constantine the power "to appoint any part or all of the [t]rust [e]state to or for the benefit of any of [his] descendants, in equal or unequal amounts, either directly or in [t]rust, as [he] may direct." It also specified that this power of appointment is "exercisable by written instrument during [his] lifetime or by [w]ill or any [c]odicil thereto[.]" The power of appointment, however, is limited and cannot "be exercised in favor of [Constantine's] estate, the creditors of [his] estate or in any way that would result in any economic benefit to [him]." The trust also directs William, as trustee, to divide the trust assets into "separate and equal shares" between Jaffe and William, as his surviving children, upon Constantine's death.

The will names William as personal representative and provides that he "shall distribute [Constantine's] residuary estate to the then acting [t]rustee" of the living trust (William). Section 5.01 of the will defines "residuary estate" as, in relevant part, "any property over which [Constantine] may have a power of appointment * * * less all valid claims asserted against [his] estate * * *."

Chief Justice Paul A. Suttell said in his opinion that the court's primary objective when construing language in a will or trust is to ascertain and effectuate the intent of the testator or settlor, if that intent is not contrary to law. Plain language of the will or trust is considered first, and the court won’t resort to considering extrinsic evidence, where the intent is clear "from within the four corners of the will[.]"

The Chief Justice found that if the exercise of the power of appointment were deemed valid, the very terms of the will would place the assets of the irrevocable trust in his residuary estate, subjecting them to the demands of creditors. That would be contrary to Constantine's intent, as expressed in the irrevocable trust.