Trump’s Tax Plan and Your Budget 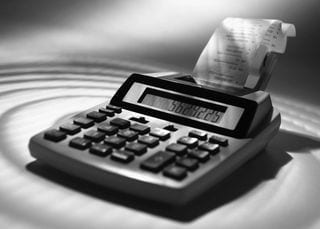 Get ready for what may be the biggest changes to the tax code since the Reagan era.

For starters, President Trump's proposed tax changes cut the number of income tax rates from seven brackets to three: 12%, 25%, and 33%. He also wants to increase the standard deduction to $15,000 (from $6,300 for single filers) and to $30,000 for married couples filing jointly (from $12,600). These were campaign promises, but his team is moving swiftly in other areas, so expect these to come up soon.

CNBC.com’s recent post, “How Trump's proposals may affect every income tax bracket,” explains that for many middle-income taxpayers, the new standard deduction under Trump's proposal may exceed their itemized deductions, giving them a higher deduction. The Urban-Brookings Tax Policy Center estimated the amount of money taxpayers would save annually based on their income under Trump's tax plan as well as a similar one proposed by House Republicans.

Trump's plan also calls for the repeal of the alternative minimum tax (AMT) and the estate tax. If the AMT is eliminated, itemized deductions would be worth more. A taxpayer can now pass up to $5.49 million to his or her heirs tax free, and for married couples, it is $10.98 million. Anything above that amount, means that beneficiaries must pay an estate tax of 40%. In 15 states and D.C., there’s also a state estate tax.

It is now just the wealthiest Americans who must pay the estate tax. In 2015, only about 10,800 estate tax returns were filed, and only half were taxable. As a result, the federal government collected $18 billion, according to the Urban-Brookings Tax Policy Center estimates.

Not everyone would see a benefit from Trump's proposals. His plan wants to repeal personal exemptions for taxpayers and their dependents as well as the head of household filing status. That would mean that single parents with dependent children and most married households with at least three dependents would pay more in federal income taxes. About 20% of households and more than half of single parents would pay more in taxes under Trump's tax plan, even with the child-care breaks.

Nothing is certain until it becomes law, but the advice being given right now is to defer whatever realized gains can be deferred to the future, when tax brackets may be lowered.